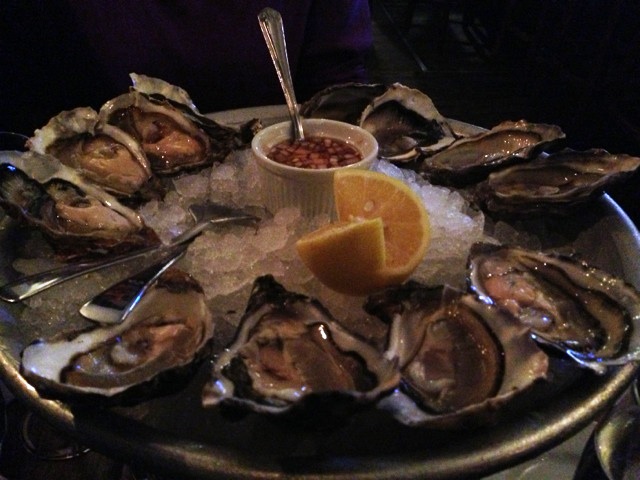 I have previously had three experiences with oysters. The first was underwhelming at The Good Food Show a few years back and consisted of paying £1 a pop for a gum line full of grit with a grimace. The second was at Le Chardon with friends as part of a fruit de mere for my birthday celebrations three summers ago. The third was at Lily’s Seafood, Grill and Bar situated close by to the previous (both quite near where I work). The last two were far superior to the first, but I had still yet to be swept off my feet by the wave of salty freshness I expected with invertebrates that attract such an avid following the world over.

Having recently learnt that oysters are in season over the autumn, I decided it was time I gave these notorious sea dwellers a fair chance.  If they were to ever bewitch me with their romanticism, it would be now and it would be at The Wright Brothers Oyster and Porterhouse in Borough, as recommended by my good friend Mel.  She is especially partial to one of these slippery customers down her gullet now and again.

Mel arrived at the venue before me, as is customary (not her being early, but me almost always being late) and secured a table close to the entrance and en face to the oyster bar. I didn’t get a chance to inspect the rear of the restaurant as it was already heavily creaking with clientele at the stern at only 7pm – navigating a path through such a throng prior to being fed would only result in working up more of an appetite. Not desirable after my early lunch.

Perched on the stools along the length of the bar were small groups of friends, colleagues and lovers throwing heads back to accommodate mollusc along with some fizz.  Mel swiftly ordered while I was busy absorbing the heaving atmosphere – two glasses of prosecco,  a dozen of the selection of rocks (dorest, cumbrae, carlingford, lindisfarne) followed by a petit fruit de mere – and more bread please. 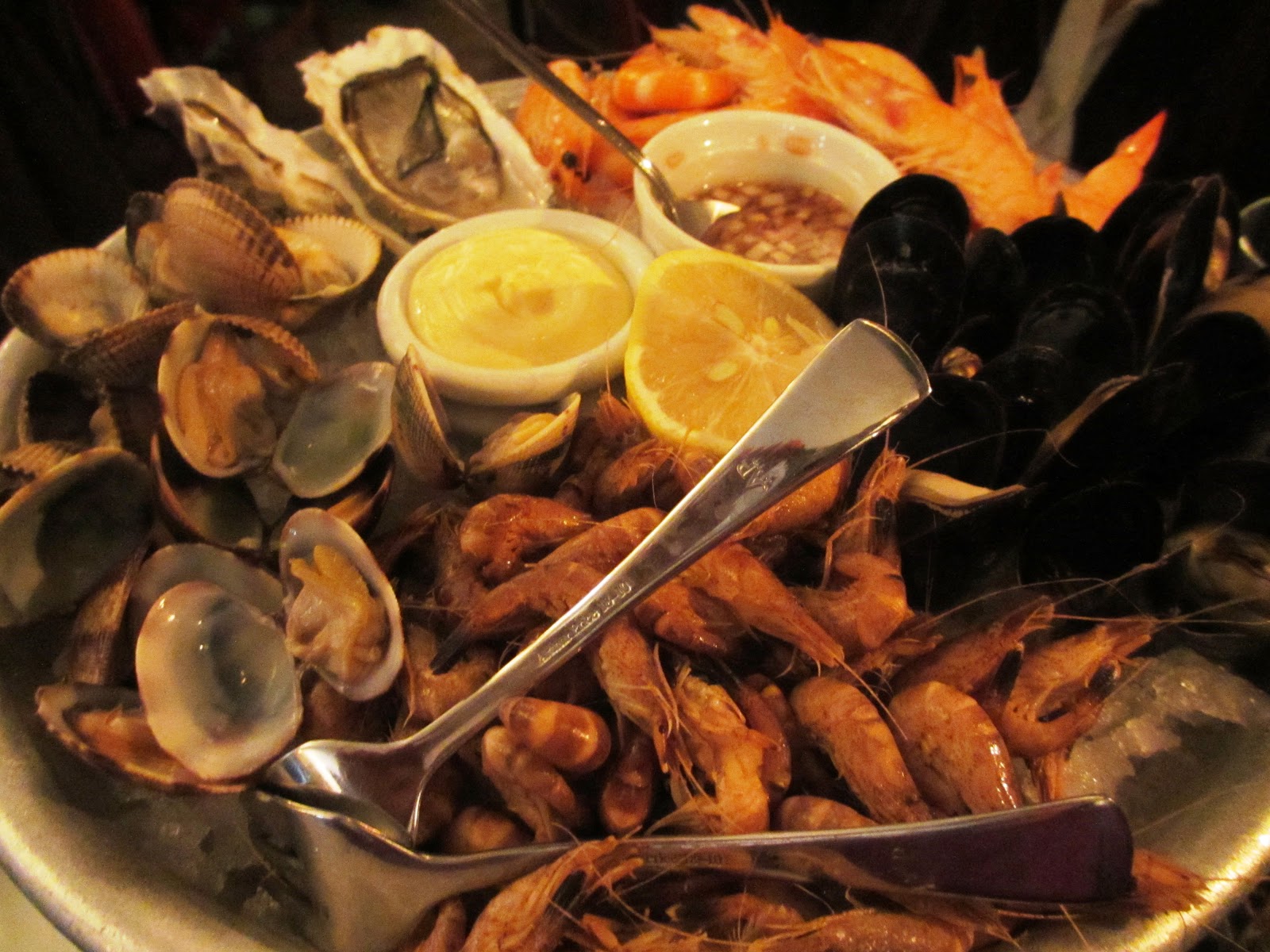 The oysters landed on the table. After a quick fondle with a fork to detach meat from shell, a squeeze of lemon, and a little prayer, I opened my palate to the promise of excellence.

After the first devouring it seemed as though churning torrents of the North Sea had deluged the restaurant, engulfing everything in its path with an invigorating saline slap across the chops. Feet did stamp and squeals were made in ecstasy.

Juicy sweet meat, wonderful texture and as fresh as if the sea were through the back doors and the oysters had been plucked out just a few minutes previously. They were truly something else.

A fleeting, wide eyed and knowing glance between Mel and myself of ‘erm – a dozen more?’ was thankfully interrupted by the petit fruit de mere platter presenting itself. Which was in fact not petit at all. Fat juicy prawns, mussels, shrimp, the sweetest clams and, someone was shining on us, more oysters.  A third course of incredible Neal’s Yard cheeses with giant grapes and my taste buds were singing for the rest of the evening.

Any qualms I previously had about oysters were atomically blasted out of existence that evening. Forget tales of slimy flesh and stories of launching them down the gullet to avoid any real interaction with the meat. Instead find a reputable establishment – eat them fresh, raw and naked. Chew, savour, and delight over these alien looking wonders.