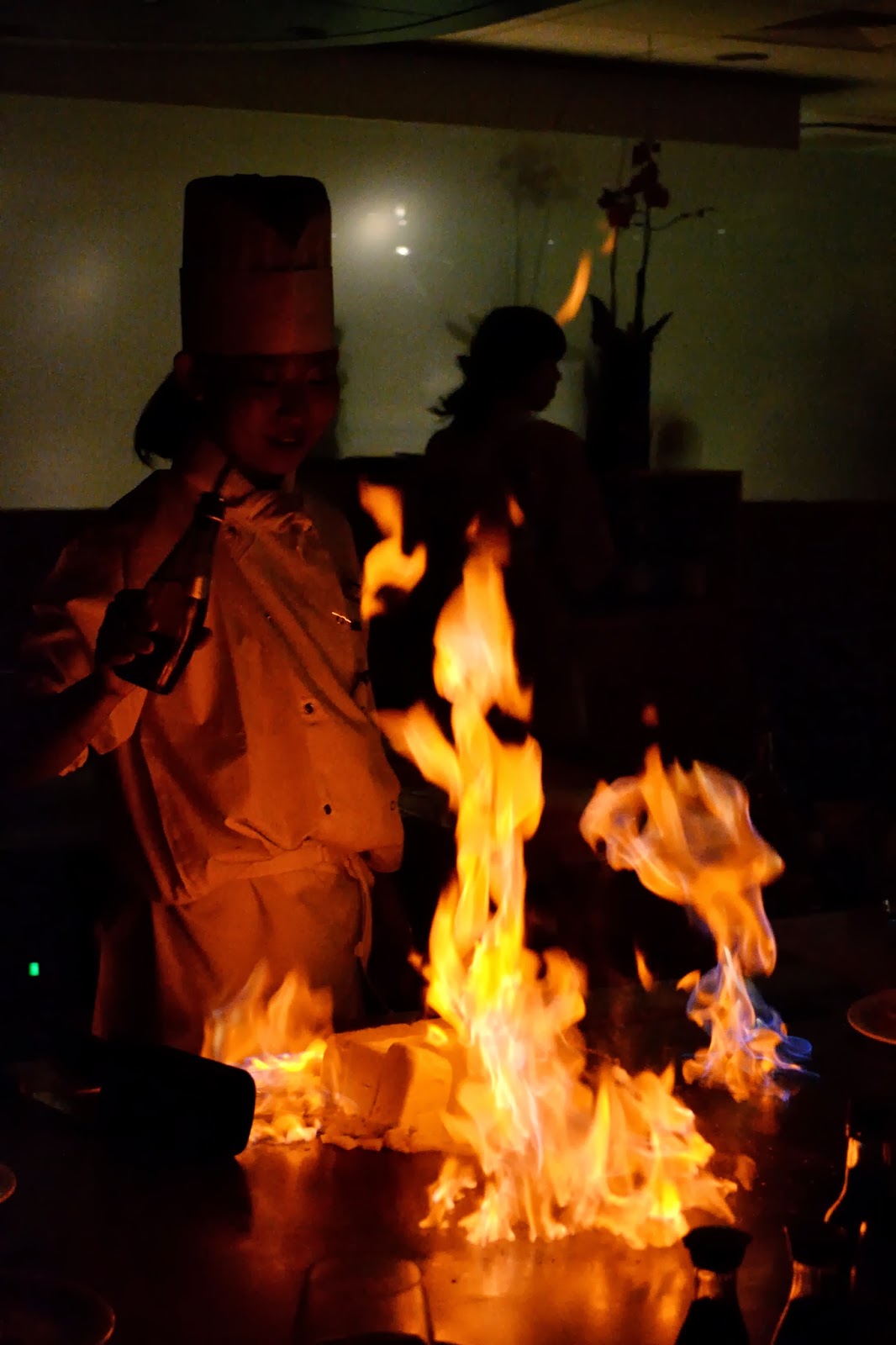 Japanese soy sauce is an ingredient best served dark caramel in colour (any darker and it’s had colourings added), only made with four natural ingredients (water, salt, soybean, wheat), and subject to a slow brew over a period of months.

All qualities Kikkoman achieve, so I learnt from Mr Bing, CEO of Kikkoman UK at their press dinner held at sushi and teppan-yaki restaurant Matsuri St. James in Mayfair.

It’s a brand synonymous with quality soy sauce and the only one I’ve ever used for it. The purpose of the evening was to promote the use of this ingredient as a seasoning in dishes outside of oriental cuisine – it turns out there’s quite a lot it can work with.

To help us understand the range of its versatility, Michelin star Head Chef Simon Hulstone (usually found at The Elephant in Torquay) donned his apron and got to work on a teppan. Tenderstem broccoli (harvested from his 30+ acre Devonshire farm) and caramelised scallops dressed in a soy, mirin, olive oil and sesame oil sauce were shared amongst all. Appetising and savoury and of course, no need to add salt.

Simon spoke of other dishes he cooks often featuring soy as the savoury component, some of which can be found at The Elephant: with chocolate, in soy salted caramel, tarte tatins, cider brandy, even with vodka and beetroot as a marinade for monkfish – I’d eat all of these. 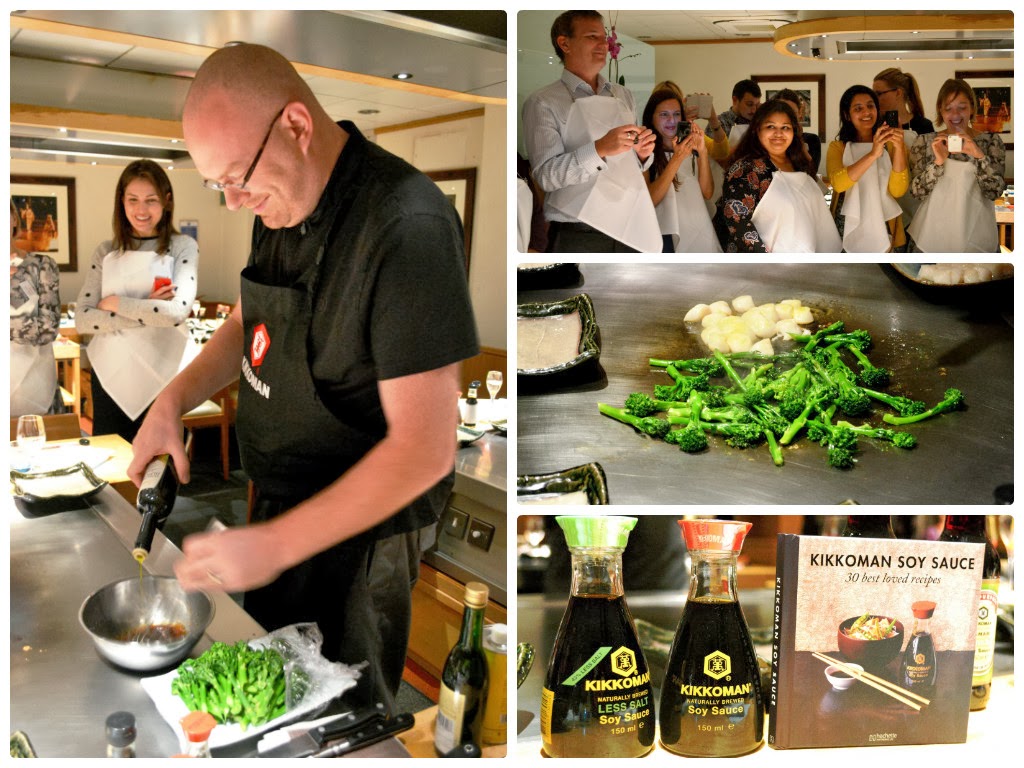 The remainder of the evening involved a lot of rather good food cooked up by the restaurant chefs and Simon attempting to enjoy his meal whilst receiving a grilling from those seated near him (we couldn’t not, really):

What does a Michelin starred chef eat at home? – anything I can find in the fridge and with minimal washing up – I’ll eat out the pan if I can
What hours do you work as a Head Chef? – around 8am – 11.30pm
Are there any ingredients even chefs hate? – I can’t abide fish eggs or kidneys
What do you think of bloggers? – I have friends who are bloggers – they’re fine as long as they don’t contact me ahead of a visit telling me they’re a blogger and expecting something for it. I hate TripAdvisor
What do you think of people that take pictures of food in your restaurant? – it’s fine if it doesn’t affect other customers, and I’d prefer it with a good camera to at least do the dish justice
Where do you eat when you’re in London? – Hawksmoor, Pitt Cue
What’s big on the restaurant scene at the moment? – learning from the Scandinavians and how they work with vegetables so well

(Thank you Simon, for being so accommodating and such a gent – apologies if we were a handful..)

Starters consisted of seafood and vegetable tempura, along with assorted sushi rolls of tuna, fat orange salmon roe (bet Simon loved that), white fish and scallops, all prepared fresh before us during a sushi making demonstration by Head Chef Hiroshi Sudo. 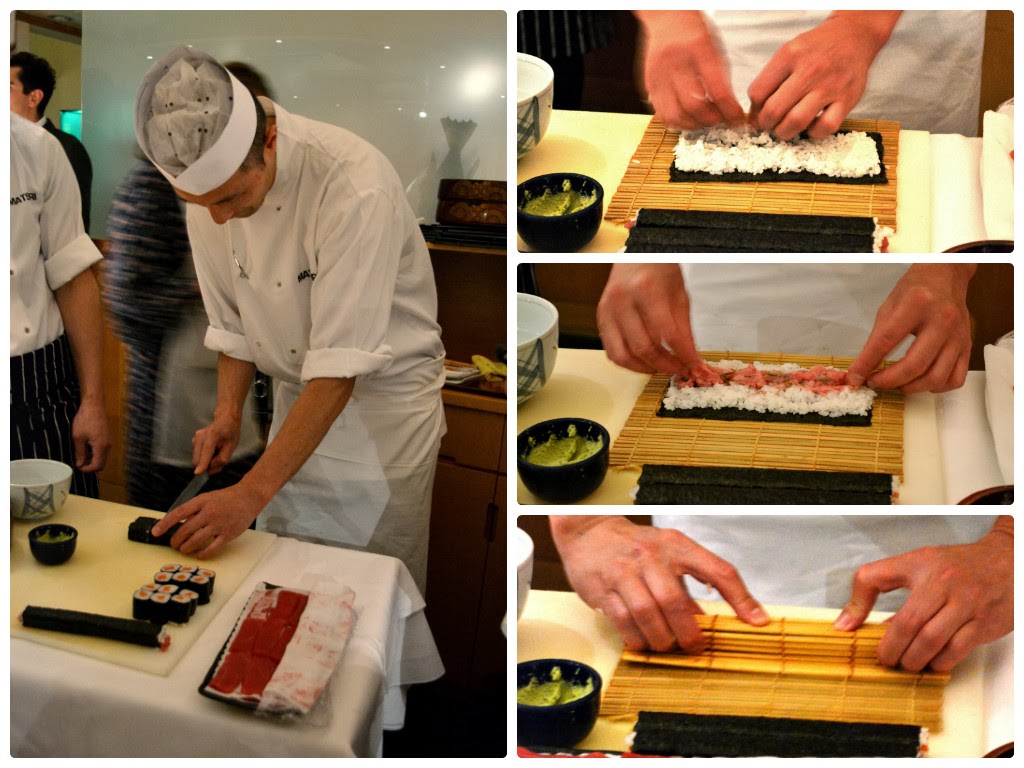 Huge hunks of marbled dry Angus fillet steak were briefly introduced to the searing heat yielding middles to our specification – rare was duly red, soft and very easy to devour. Ginger marinated Alaskan black cod was the alternative; equally satisfying I soon discovered, as I dipped a pair of chopsticks into a friendly neighbour’s plate. 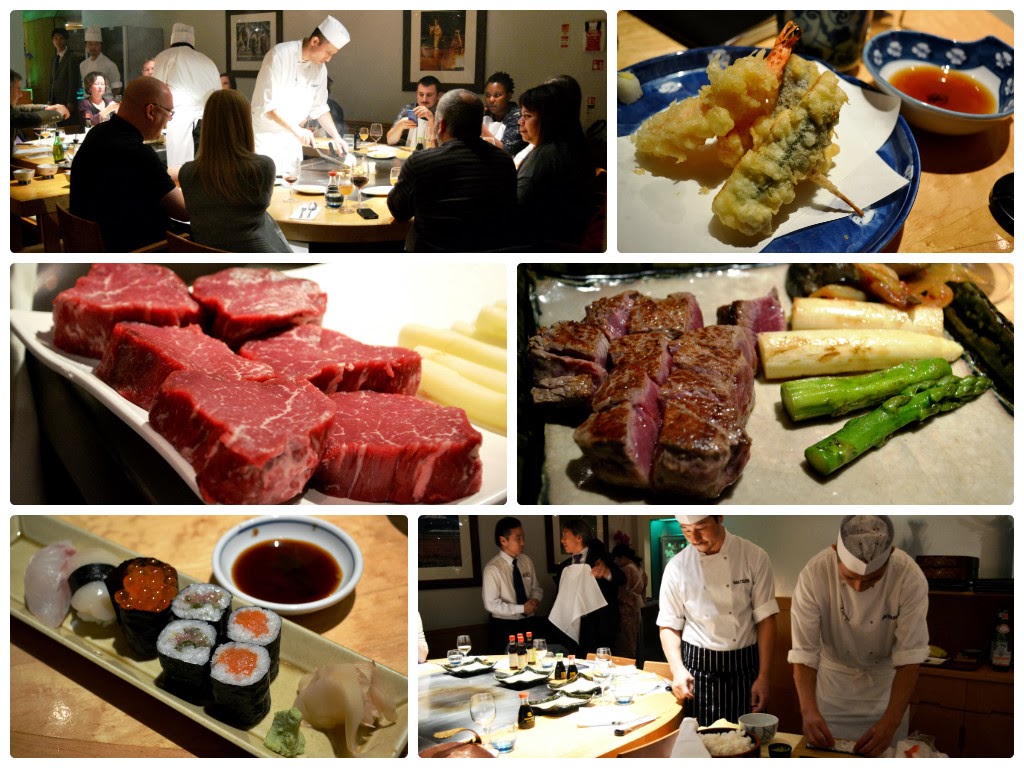 A spectacle of theatre concluded the courses as large blocks of vanilla ice cream were doused in Grand Marnier and set alight on the teppan with flames nearly licking the ceiling. Served warm and melting on the outside with still frozen middles, they were presented alongside thin crêpe suzette pancakes and caramelised pineapple chunks. 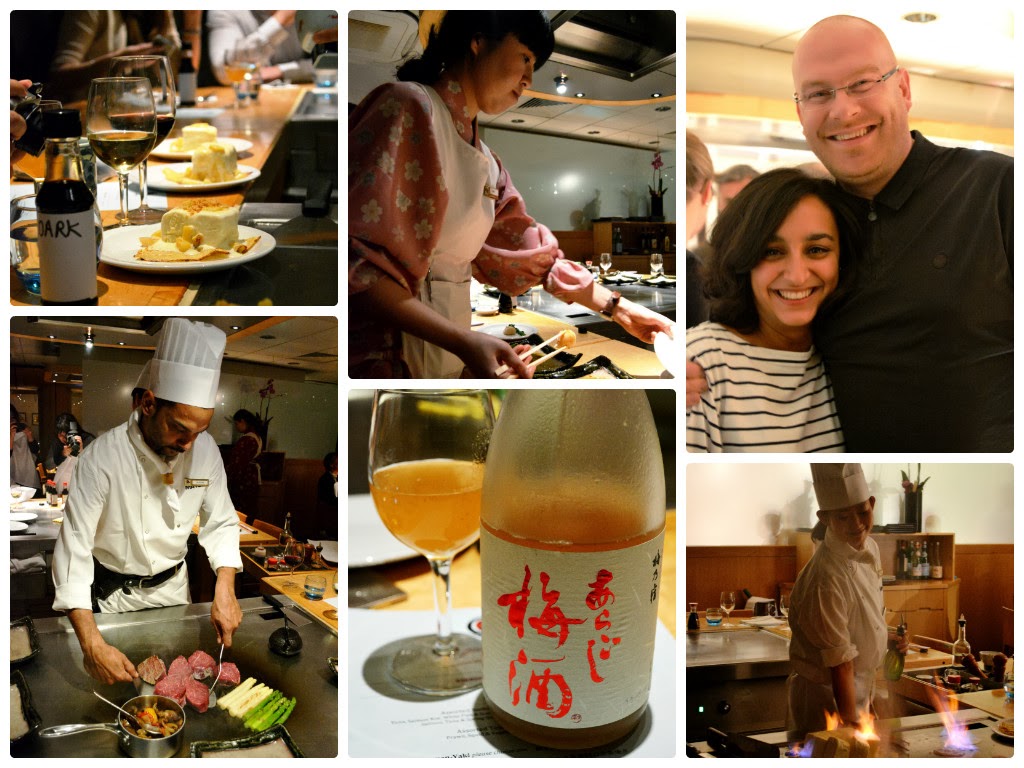 The moral of this story is, Kikkoman is pretty much the only way to go for your soy sauce needs and works a treat as a savoury umami hit in any dish.

Many thanks to those involved hosting such a wonderful evening.

Note: I was invited as a guest to this event.