I’ve often fantasized I’d take quite well to the life of a baker. Commuting in the quiet of the night, surrounded by warm ovens and glorious smells. I’d sport a tall and floppy white chefs hat like in Ratatouille, have incredible forearms, and my working day would be over by sunrise. Not to mention all that bread. 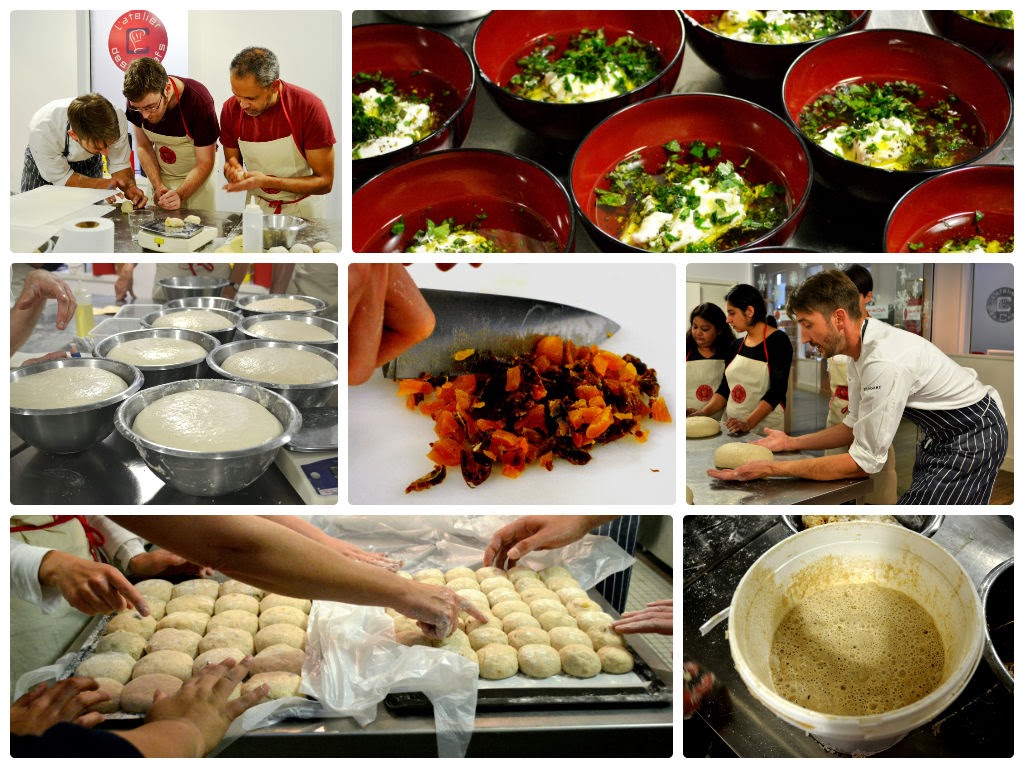 When it comes to what I could feasibly go without for the rest of my life when faced with the ‘would you rather’ conundrum, bread does not feature. The usual suspects – alcohol, pasta, potatoes, meat – are all possibilities (if it really came down to it). But bread, never. The Turkish blood in me would boil in protest.

I would go so far as to say it is near impossible to avoid bread at a Turkish meal; it’s just as well they do it so well. Bread is considered sacred in Turkey and should someone come across a piece on the ground, it is picked up and placed somewhere elevated. There is even a saying there, ‘if you step on bread, you will turn to stone’. 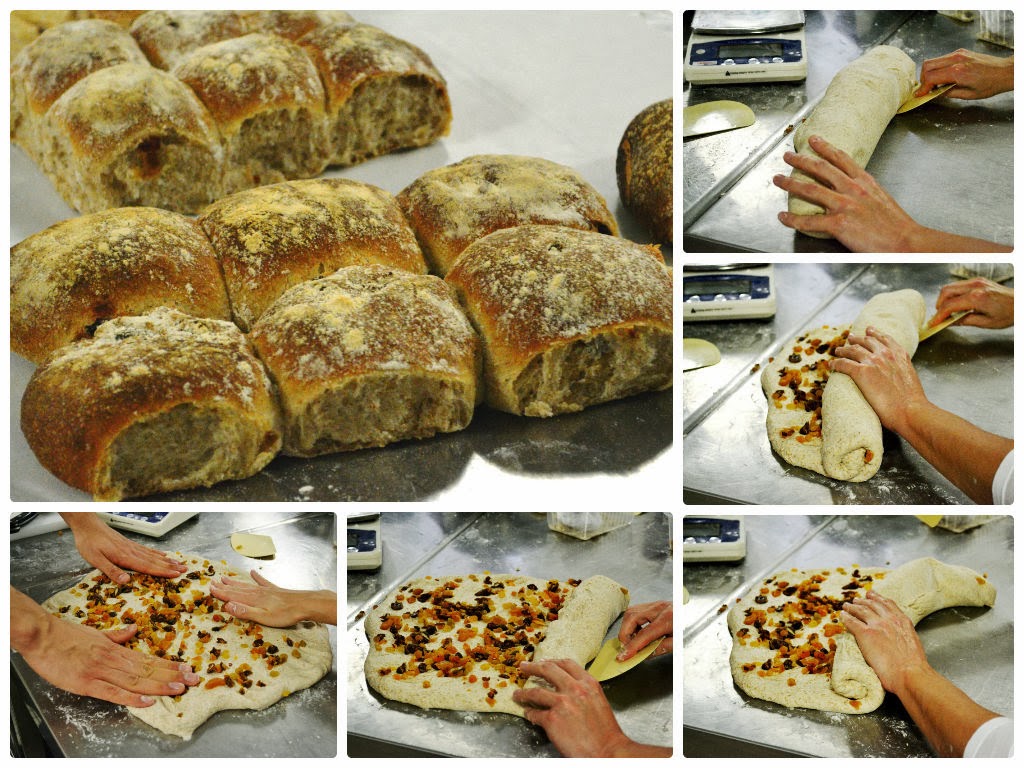 Fear of physical metamorphosis aside, any opportunity to hone my bread making skills is gratefully received. L’atelier des Chefs is a cookery school in London with a selection of interactive cooking classes ranging from 30 minutes up to 4 hours and covering global cuisines, food trends and favourite recipes.

They have two locations – Oxford Circus and St Paul’s – with the latter hosting a half day bread making master class for myself and seven other students with chef Daniel Stevens commandeering the ship. 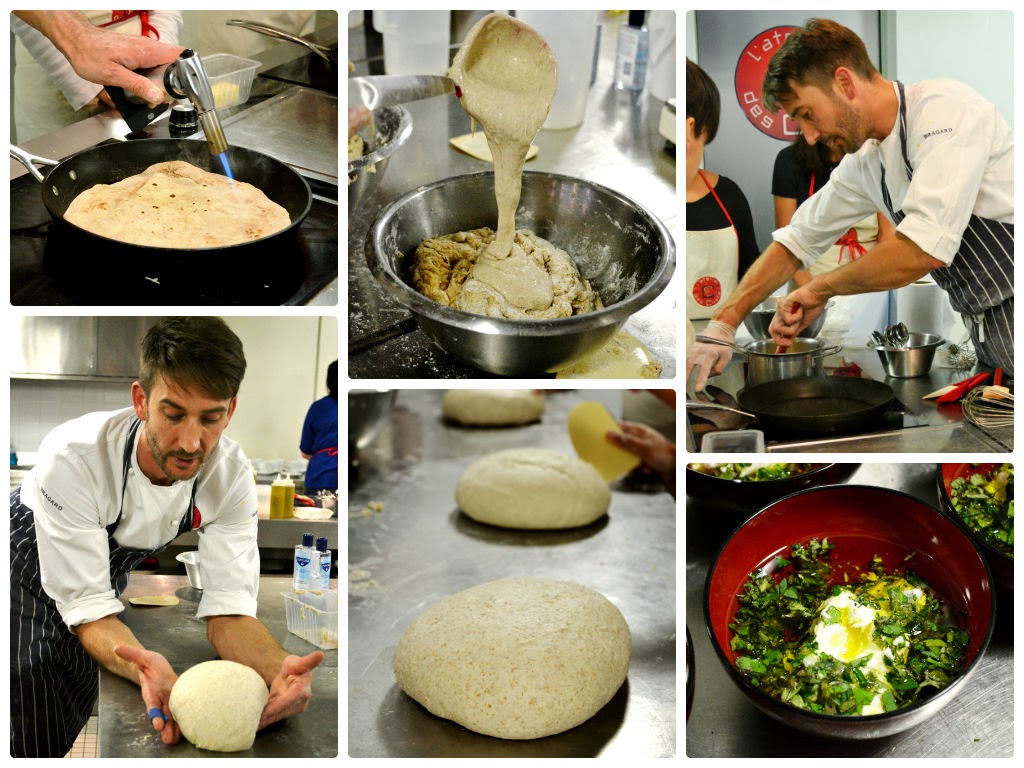 The first half of the session saw us making wholemeal fruit scones of two different sizes and rather glorious flat breads to accompany a yoghurt, herb and olive oil dip – all of which we devoured for a late lunch.

The latter half involved rye mix loaves allowed to rise in proving baskets, a fougasse type bread achieved by snipping baguette shaped dough and splaying the segments to resemble ears of wheat, and small but perfectly formed sugared doughnuts straight out of the fryer and filled with a tart lemon curd rustled up by one of the attendees.

The day saw Daniel talking us through the science behind bread making while we got our hands dirty; the process of proving, the reasons for kneading, the effect of yeast and different types of flour, the necessary ratios of ingredients in loaves, and a particular focus on shaping bread prior to proving and baking – possibly the most important skill to master in bread making according to Chef. 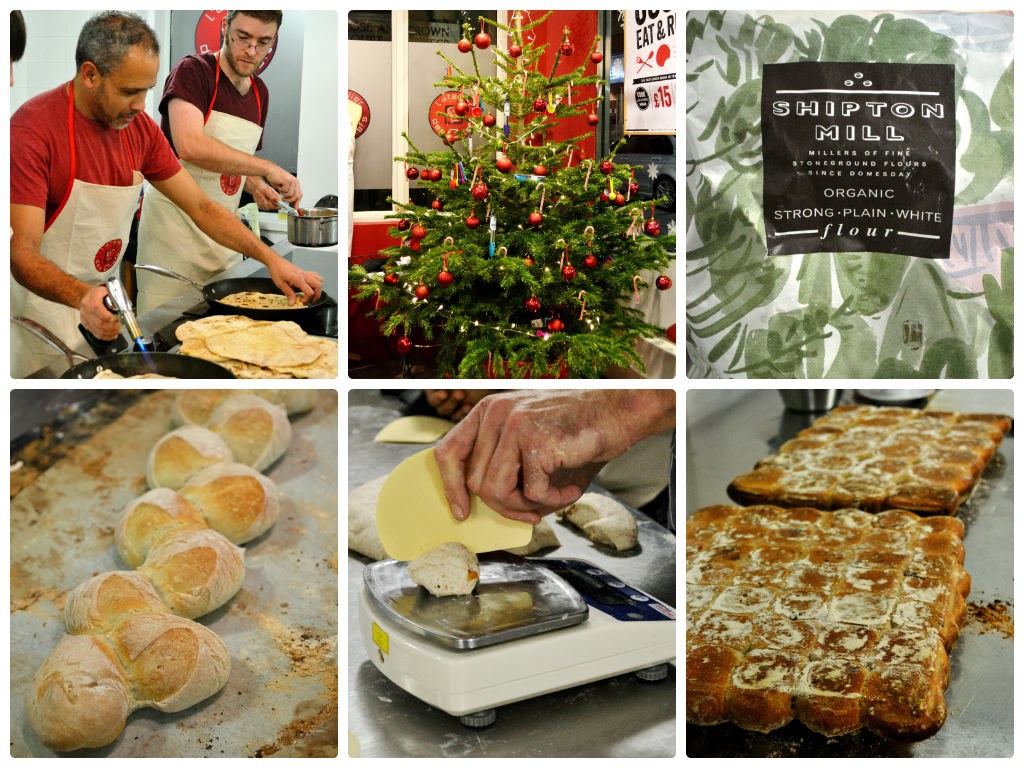 All the dough we used included a ladle of a one year old funky and vigorous sourdough starter, wafting all manner of acidic yeasty aromas up our noses – a sign of its prime and adding unrivalled flavour and depth to your bread. We were informed this was a mere juvenile in the world of starters, with many years under the belt being a common occurrence amongst bakers – as long as you keep feeding it (with flour and water), it keeps on living.

I fondly recall a scene from Anthony Bourdain’s book Kitchen Confidential where his resident and somewhat mentally unhinged bread maker calls him up in the middle of the night screaming down the phone, whilst simultaneously intimately entertaining a lady, ‘FEED MY BITCH, DON’T FORGET TO FEED MY BITCH’, referring to his starter in the restaurant kitchen. He apparently made the best bread Tony ever tasted. 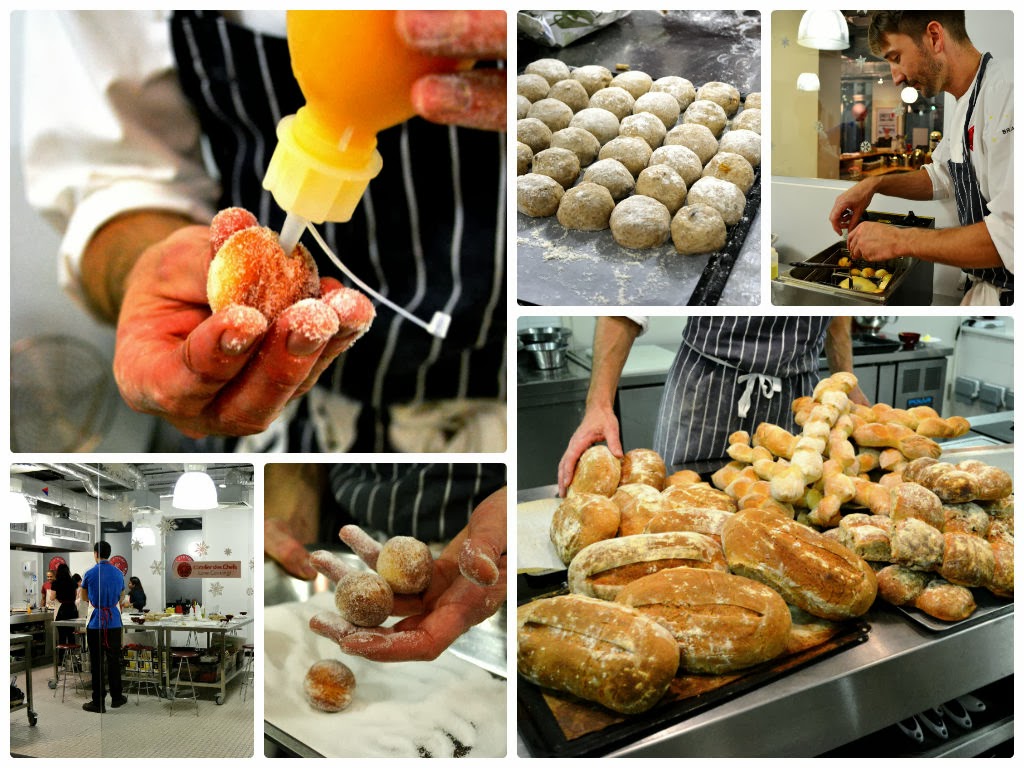 The class was full of ‘I did not know that’ tips, a lot of patience from Daniel, and closed with us popping exquisite hot and fresh doughnuts into our mouths and leaving with more bread than any normal person could possibly consume before it going stale – thank goodness for freezers.

The cost of this four hour Bread Masterclass is £99 per person – good value considering the fundamental skills you will be leaving with that will stand you in good stead for life. I am no novice when it comes to baking bread, but I too learnt a great deal from the day. They also do gift cards, and Christmas is just around the corner..

Note: I was invited as a guest to review this class