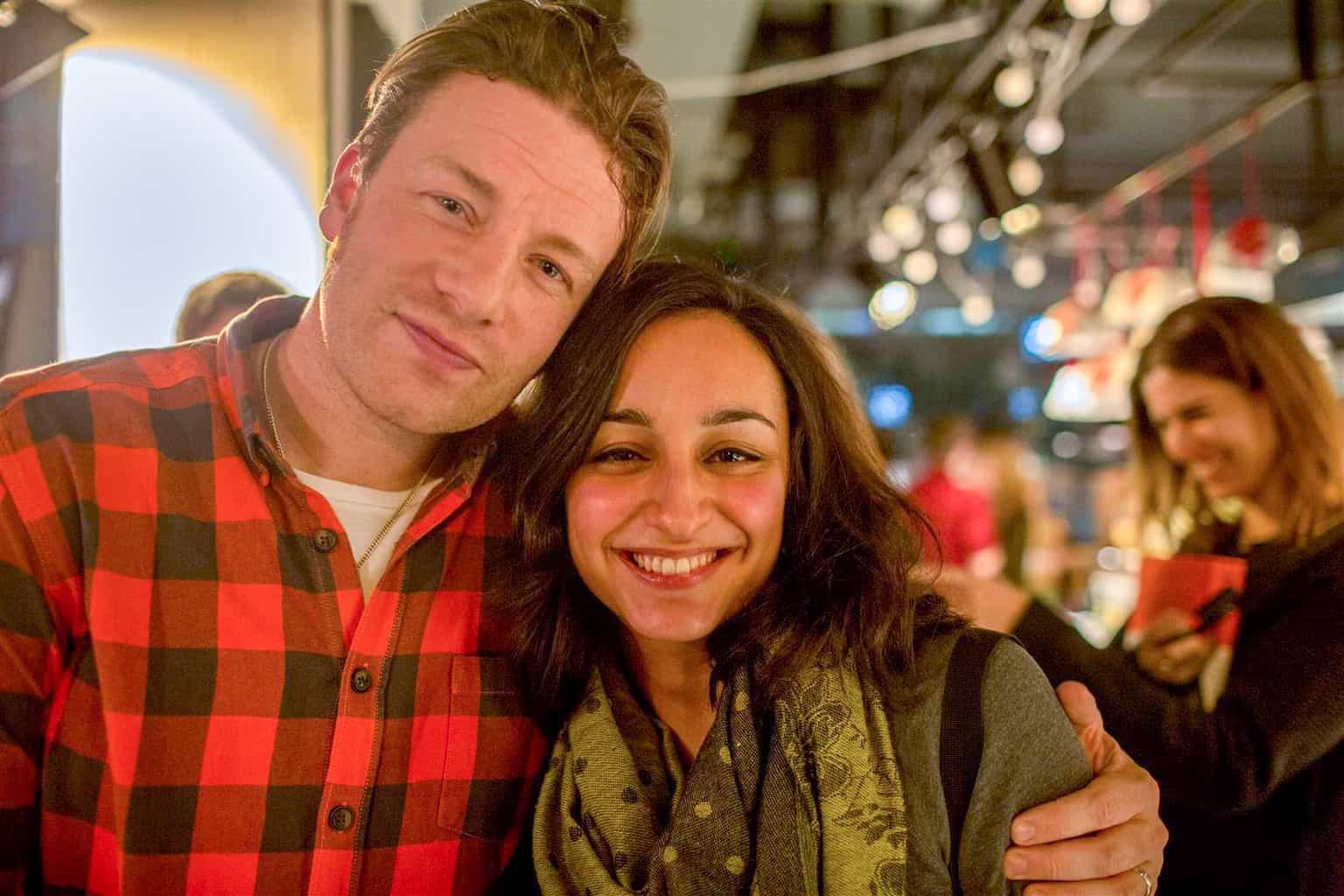 My thoughts on sugar

In this post I’ll be sharing a Jamie Oliver healthy breakfast granola dust recipe. I’ll explain how to use this seriously tasty powder to make a breakfast smoothie. Or in the colder months, as the main component in your porridge recipe.

But first, allow me to offload my thoughts about sugar, if I may. I find myself joining the sugar debate quite a bit these days. Just this week I sat next to a nutritionist at dinner, and the first thing I asked her was what her thoughts were on the white stuff.

I think its power to infiltrate and detriment whole societies and cultures really hit me during the four weeks I spent in Mexico last year (Mexico City, Oaxaca, Merida, and Tulum). In the poorer parts, I regularly witnessed babies being fed Coca-Cola instead of milk or water. I was surprised at just how uncomfortable this made me; it’s an incredibly jarring image.

They’ve overtaken the Americans, with a whopping seventy percent being overweight, and almost one-third registering as obese. In the poor districts, there are obese parents and malnourished children. And it doesn’t help that in Mexico, fizzy pop is cheaper than a bottle of water or milk. Out of the more populas nations in the world, Mexico is now the fattest country on the planet. 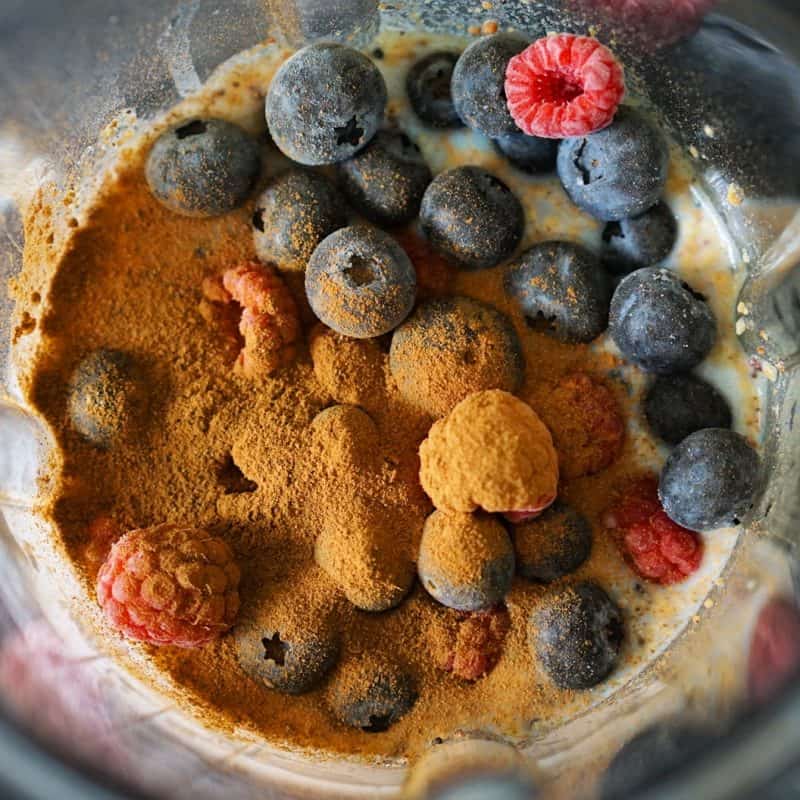 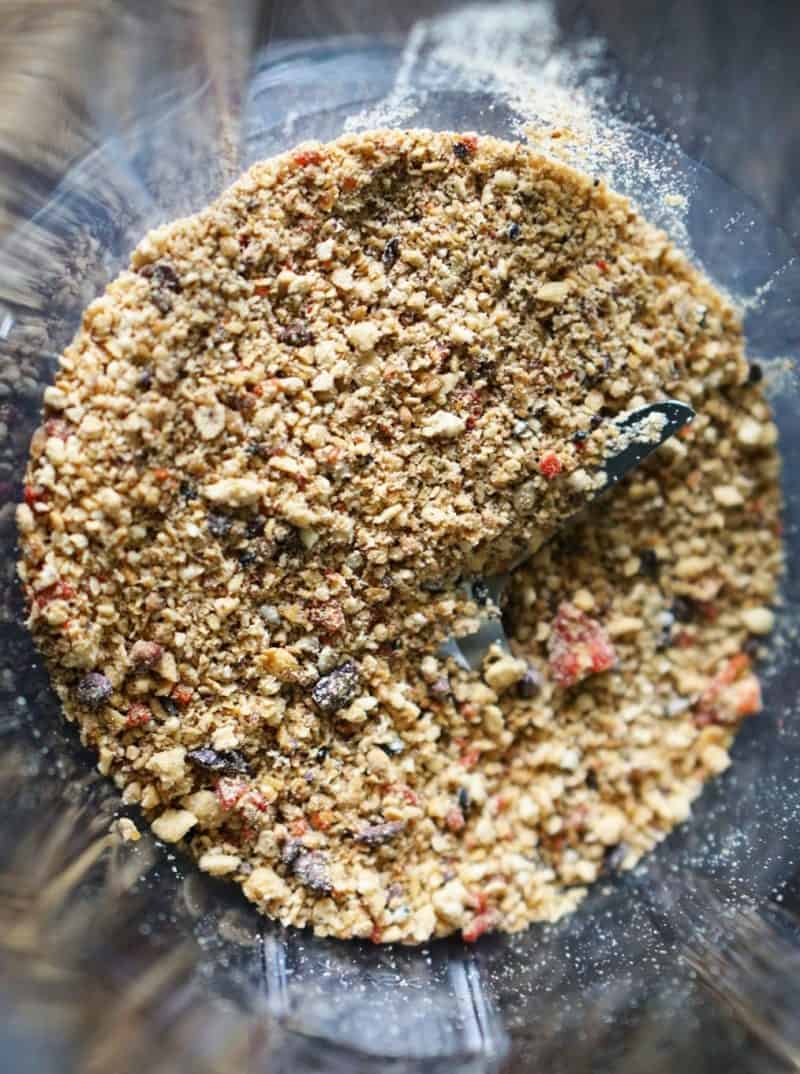 When I returned to the UK from my eight months of travel, I watched Jamie Oliver visit Mexico in Jamie’s Sugar Rush. It was a TV programme he presented, that investigated sugar’s contribution to global health problems, such as type 2 diabetes and obesity. He discovered that in 2014, Mexico introduced a 10 per cent tax on sugar sweetened beverages. Their intention was to reverse the trends which helped it take the accolade of being the most obese country in the world.

Just in January this year, the British Medical Journal reported that Mexico’s sugar tax has resulted in a 12% drop in sales of sugary drinks. Not only that, but sales of bottled water had increased. Both pieces of promising news.

So good old Jamie put his balls on the line. He decided to take this same idea to the UK Government, to prevent the UK going the same way as the USA and Mexico. After months of campaigning, he finally succeeded. The UK Government announced that a sugary drinks tax will be introduced in the UK in 2018. 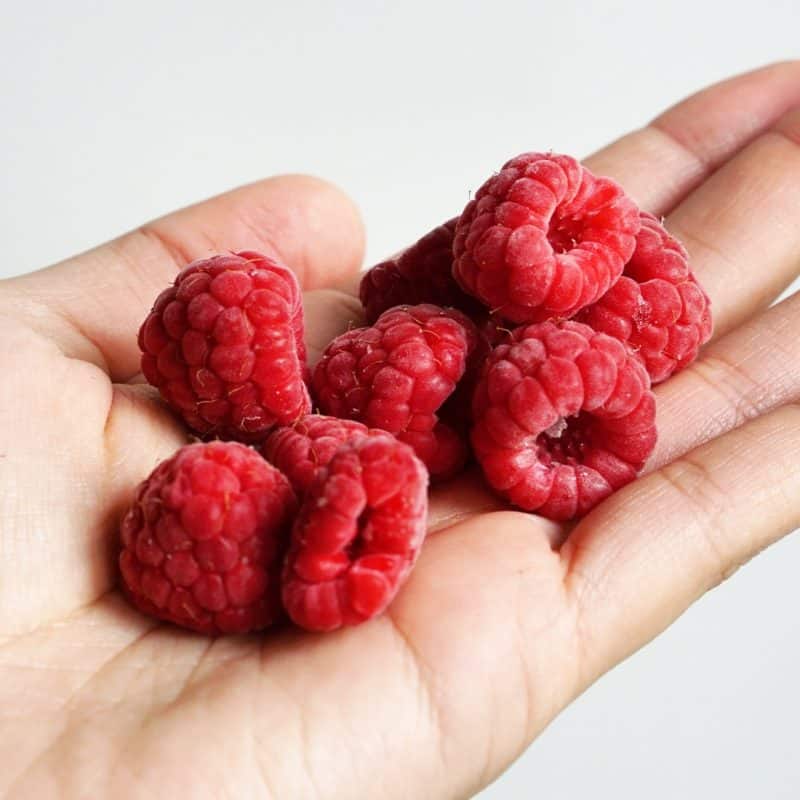 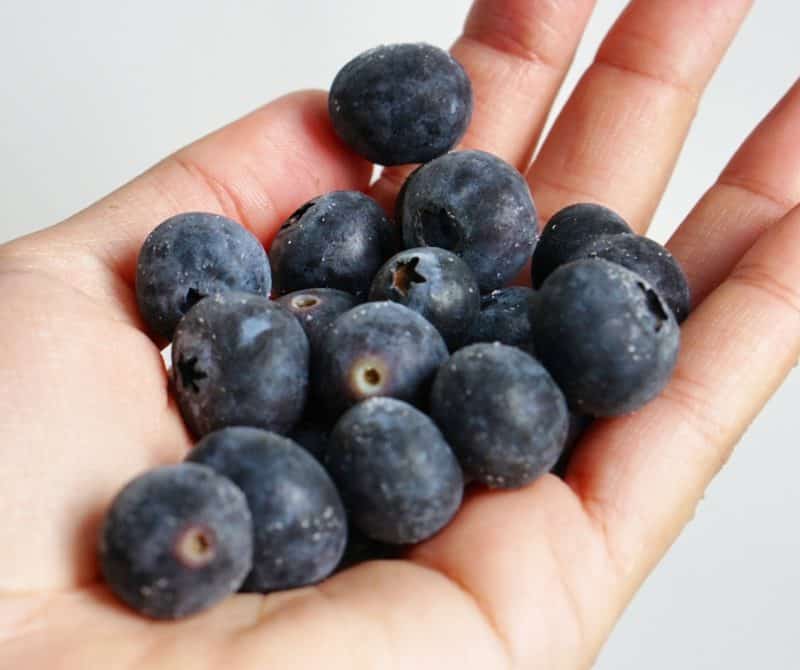 Sugar is not the enemy

Why am I ranting about all this? I’m not anti-sugar, not in the slightest. The last two recipes I published attest to that – gluten-free hazelnut and coffee cookies and ‘The Elvis Sandwich’ peanut butter, banana and bacon mini cakes. Not to mention these hazelnut chocolate pots with orange and rosemary, and this pear and hazlenut cake.

There is always a place for sugar. In sweet treats – cakes, biscuits, chocolate. And who doesn’t love a dessert after dinner? We go to these things because we fancy that sweet hit. And they should be treated as just that – treats. The occasional reward we give ourselves because we’ve earnt it, and there’s nothing wrong with that.

My main problem with sugar, is when it appears in places it just doesn’t need to be. Like pasta sauces, daily drinks, and a real gripe of mine, cereals. Especially the ones that try to market themselves as ‘healthy’ – *rage*.

Turns out my good pal Jamie Oliver (pretty sure that picture 👆 means he’s ok with me calling him that) has the same bugbear. 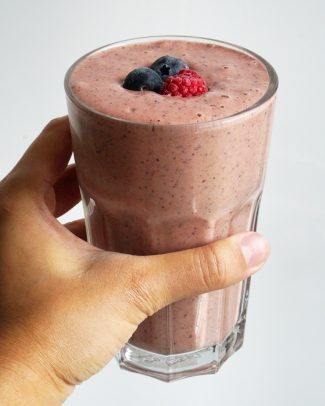 Jamie mentions in his ace book Everyday Super Food, that he and his wife get particularly frustrated over how most breakfast cereals are full of added sugar.

They comment about how, nutritionally, they aren’t the best start to the day. So with his nutrition team, they developed this megamix that is an epic Jamie Oliver breakfast recipe, a granola recipe to be precise.

It’s blitzed into a dust that can be used in your breakfast smoothie, or make the base of your porridge recipe. It’s full of great ingredients – oats, nuts, seeds, and dried fruit. There are also a couple of pages covering the number of ways you can use this magic granola dust.

Unless I’m out of the country or in a restaurant for breakfast, this is the stuff I start every morning with, throughout the year.

In the winter, I heat it up on the stove with milk and it makes the base of my porridge recipe. I’ll maybe throw on a sliced banana if I’m feeling fancy. It tastes so much better than standard porridge. Thanks to the toasting, the natural sugars begin to caramelise, adding a whole new flavour dimension.

I don’t think I’ll ever be able to go back to un-toasted oats when it comes to a porridge recipe. Plus, it’s gloriously nutty.

In the summer, I blitz up the powder with milk, fresh fruit and cinnamon and enjoy as a Jamie Oliver healthy breakfast smoothie.

However you decide to use it, make up a big batch, store it in a jar, and use 50-60g per serving. 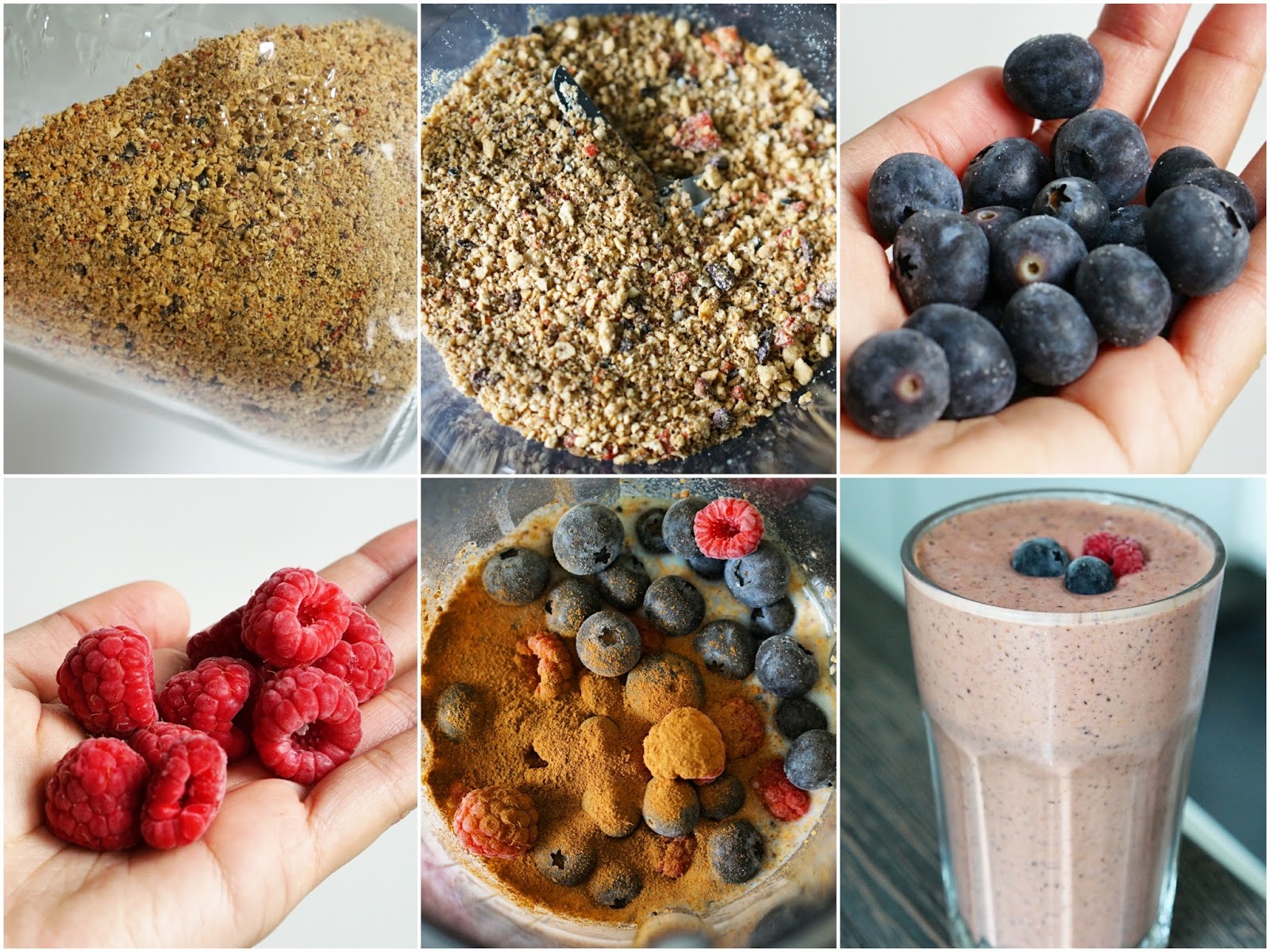 A Jamie Oliver healthy breakfast granola recipe, for your breakfast smoothie or porridge

Preheat the oven to 180 C/350 F/Gas 4. Place the oats, nuts and seeds in a couple of large roasting trays, toss them together, and roast for around 15-20 minutes, until they start to golden and caramelise.

Remove from the oven and allow to cool, then add the dried fruit, cocoa and coffee to the mix. Finely grate over the orange zest, then in batches, blitz the whole lot to a rough powder in a food processor. Tip it into a large airtight jar for storage.

For a breakfast smoothie, I take 60g of the granola dust and blend it with one fresh banana, a handful of frozen berries, around 200ml of milk, and a teaspoon of cinnamon. All hail this Jamie Oliver healthy breakfast granola recipe – it’s a absolute corker!

What do you usually have for breakfast? Have you ever tried to make a healthy breakfast granola recipe before? Do you ever have a breakfast smoothie in the morning? Would you start your day with a Jamie Oliver breakfast recipe like this? Do you have a porridge recipe you love? Do you think you’d make this Jamie Oliver granola? Or have you already made it? Let me know in the comments below!