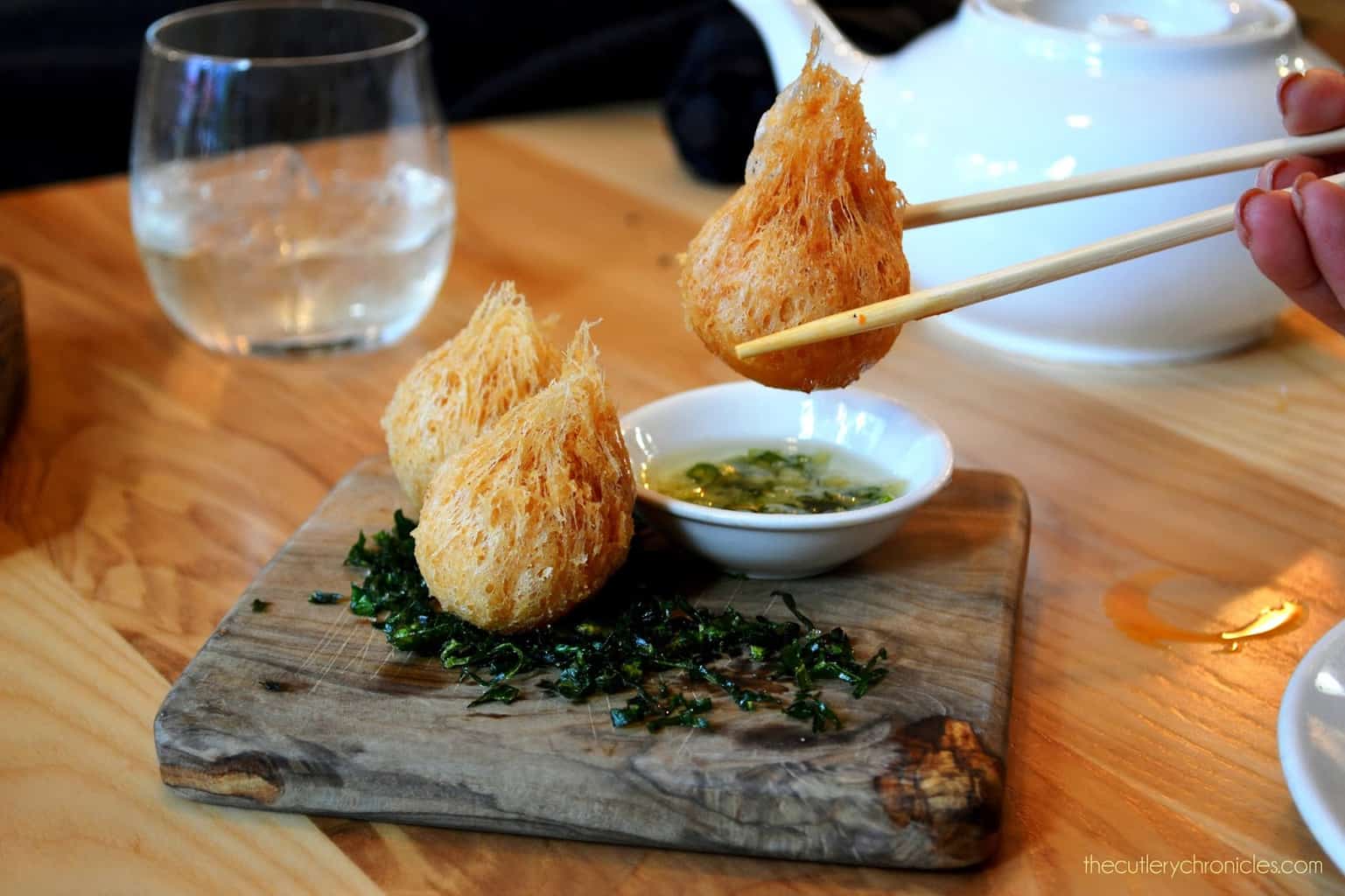 ‘Oh, you’re joking. You are joking. Why didn’t you tell me?’; cue the accompanying dramatic fall of head into hands. This was the response I received from Zeren Wilson of Bitten and Written when I informed him that, upon recently finding myself in the barren culinary landscape that is Victoria, I was stumped as to where I could go for a good lunch.

A quandry easy in which to find yourself in this part of town. During lunch and the commute the streets ripple with pressed-for-time suits, fading to an equally boring lull for the remainder of the day. It has a big train station, a massive bus garage, a few huge glass-fronted offices, seemingly unending runs of Wicked and Billy Elliot at the Victoria Palace and Apollo Victoria theatres, and some not-too-terrible fashion stores.

By way of places to eat, it’s about as dry as the eastern Sahara: ubiquitous sandwich and coffee chains, Giraffe, Dim T, Yo! Sushi, a Sainsbury’s ‘Market’ (whatever that is) – it’s all underwhelmingly meh. Except, that is, for A. Wong on Wilton Street. 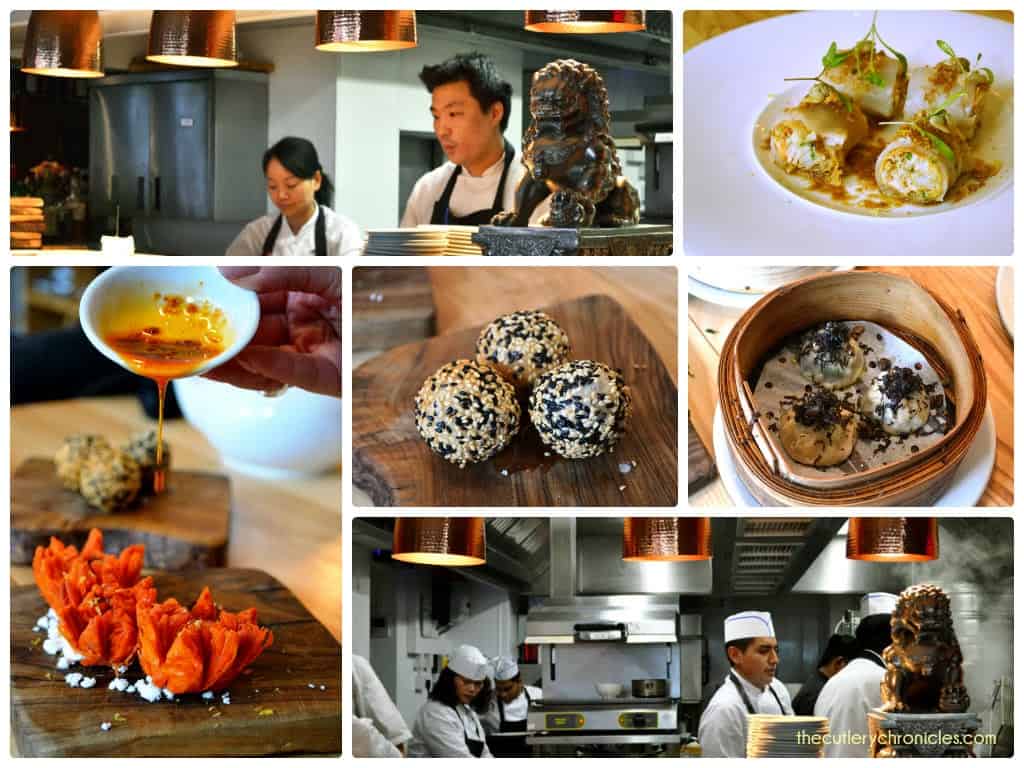 ‘A. Wong. A. Wong! You should have gone to A. Wong; it has some of the most innovative modern Chinese cooking in the city. You need to go for lunch, for the dim sum lunch.’ As Zeren continued to lament over my missed opportunity, I feverishly finger-swiped my way through my Google calendar to find a free lunch spot. To reinforce the decision, and by some well-placed coincidence, both Richard Vines and Andy Hayler tweeted about visits in the following days. Bumped to the top of my restaurant hit-list, it was.

The name above the door is that of London-born Andrew Wong, a chef that has travelled and worked in China, and responsible for transforming the old family restaurant (known as Kyms) into the slick, double-fronted, bright-eyed offering it is today.

The kitchen has moved away from well-represented British-Cantonese cuisine, now focussing on creative dim sum and regional dishes. It is both open and fenced in by a bar propped up mostly by solo diners in for a quick dim sum fix, with the tabled-seating available generously spaced. Each morsel from the 25(-ish) dim sum plates offered at lunch are individually priced allowing for relaxed and unfettered finger-pointing at whatever dumpling takes your fancy. And most, if not all of them, will. 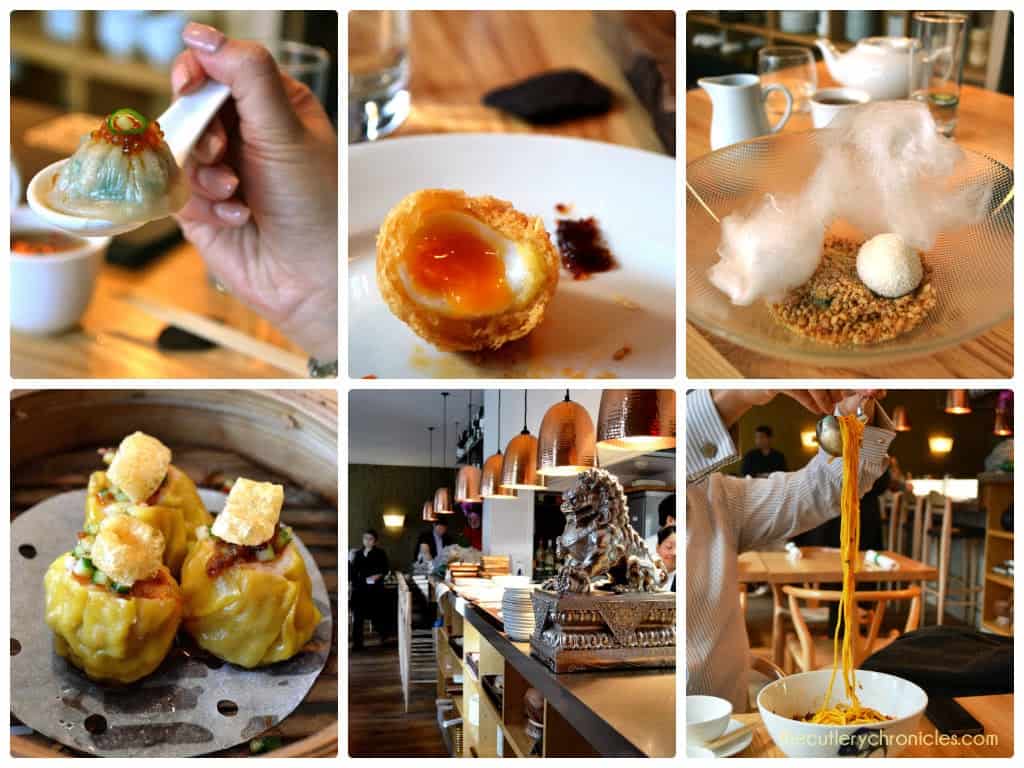 Pork and prawn were delicate siu mai embellished with a light and crispy pig skin hat. Scallop puffs on a beach of pearly tapioca powder looked like burnished-orange flowers mid-bloom, drizzled with potent XO sauce, revealing succulent meat within. Balls of sticky sesame foie gras were so near-perfectly round that on delivery, one duly rolled off onto the table; quickly administering the 3-second rule for fear of a waiter meltdown, they had a pleasing chew but there was little detection of fattened liver.

Quail egg croquette puffs on scattered crispy seaweed concealed still-runny yolks beneath golden quiffs of light batter, accompanied by a really good and salty ginger and spring onion dipping sauce; one of my favourites. Shanghai steamed dumplings placed on spoons were consumed whole, the thimble of ginger infused vinegar within released in the confines of the mouth – also very good, although the Taiwanese has had them with slightly thinner skins (in Hong Kong).

The unmistakable aroma of a truffle dumpling registered with our olfactory bulbs before the basket reached the table – Yunnan mushroom and pork sporting generous gratings of the black stuff – a touch of earthy and very well-received dim sum indulgence. Crab, seafood and beancurd cannelloni with pickled cockles, whilst a picture, didn’t match the rest of the offerings. 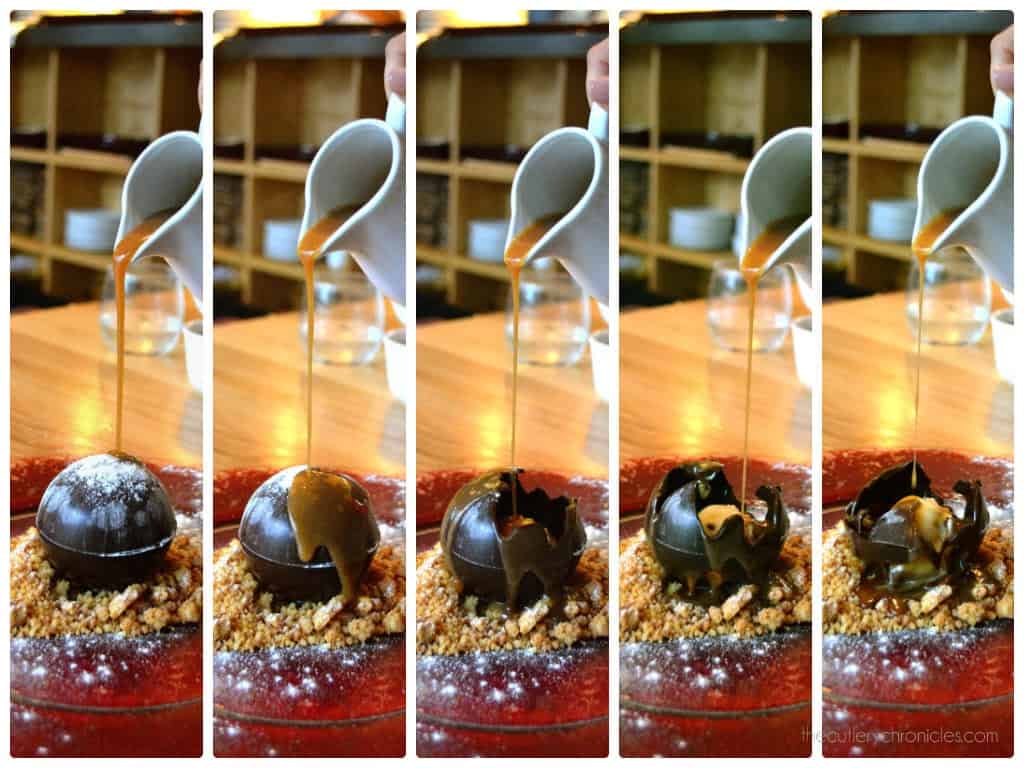 The dandan noodle dish with striking egg-yolk colouring was like an Asian bolognese with a rich minced beef sauce and pickled vegetables; the type of food where, anything less than bringing the bowl up to your lips to sink the last bits of gravy, would be an insult.

Then there was a chocolate sphere concealing tobacco smoked banana, revealed with theatre as the shell disintegrated under the hot soy caramel sauce poured over it; accompanied by a nutty scattering of crumble, it’s just about everything I look for in a dessert. A playful plate of coconut ice cream, glutinous dumpling, apple, pandan jelly and peanut cream came furnished with some candy floss and was too, very agreeable.

I now understand the flurry of recognition associated with A.Wong – not only are the things coming out of the kitchen very good indeed, they’re different. I haven’t had dim sum like this before, and the Taiwanese (who has had a great deal in her time) declared it as ‘possibly some of the best I’ve ever had’. Not to mention that during our visit a photographer from Tatler Magazine was snapping away for their 2014 restaurant guide. With accolades piling up all around, Andrew and his team are set to go places. I’ll be returning for the few remaining dim sum I didn’t gobble on my first visit, and that 10-course tasting menu.

Liked lots: dim sum, dandan noodles, desserts, full view of Andrew and team in the kitchen, individual and very reasonable pricing of dumplings, more unusual ingredients, waiting staff, a corker in an otherwise quagmire of poor eateries
Liked less: seafood cannelloni
Good for: great takes on classic dim sum, venturing to Victoria for, business lunches, lunch on a whim (sit at the bar), great bites before embarking on a long train journey, dates, view of the kitchen (sit at the bar)