Shopping lists are a vital part of my supermarket visits – without them I would wonder aimlessly and take twice as long to pick out half as much. They focus your time and your budget on the things that you actually need, and will eat. This week I decided to take it a step further and as any well meaning lifestyle TV show will tell you to do, planned what we were going to eat for the whole week and bought the ingredients accordingly in a single trip – I believe this is known in the industry as the ‘big Saturday (or Friday) shop’. 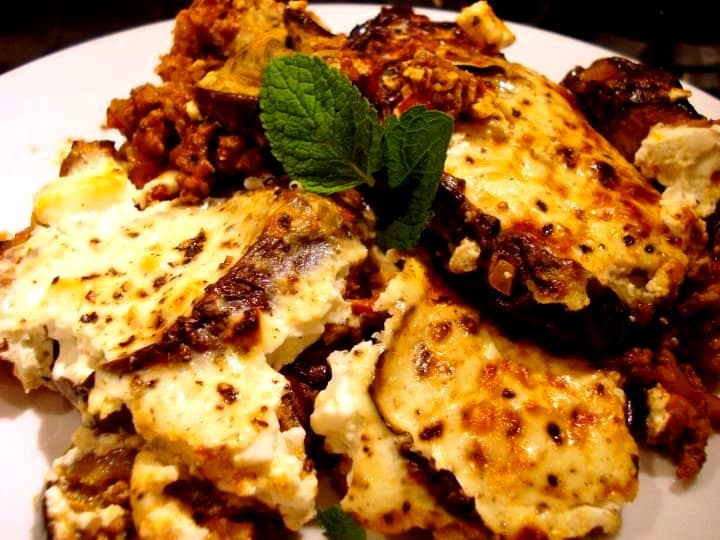 This was the first time we tried this, and it’s excellent. It involves one of my virtues and one of my loves – planning and food respectively. It also means several things – firstly, you get to indulge in a bit of recipe ogling as you flick through books, magazines and the internet to work out what you’ll be rustling up in the week, in turn resulting in you already looking forward to Thursday’s dinner whilst it still in fact only being Saturday morning. Secondly, you use up everything you purchase as you’ve accounted for it all – if you hate waste like I do, this is only good news. Thirdly, you’re not faced with both yourself and the parter returning home from work at the same time and declaring ‘so what’s for dinner?’ whilst exchanging blank looks. Fourthly, the amount of both time and money you spend in the supermarket is greatly reduced – if you’re following a list you tend to steer away from ‘special offers’ which more often than not translate to BOGOF’s that you don’t really want, resulting in the GOF part being thrown away because it’s gone off before you managed to finish the BO part. And finally, you have a tasty well thought out dinner waiting for you at home. You just now need to decide who’s cooking it.

Dinner for the weekend often involves red meat (we tend to steer away from it during the week) and it had been more than a comfortable amount of time since I had rustled this one up. Lamb mince, aubergines, yoghurt and feta – added to the list.

Heat the oil in a large frying pan over a medium heat. Add the onion and garlic and cook, stirring until soft. Increase the heat, add the minced lamb and cook 5 minutes or so until browned. Drain off the fat in a sieve, then return the meat to the pan.

Add the purée and cinnamon and cook whilst stirring for 1 minute. Add the tomatoes, then half-fill the can with water and pour into the pan. Add a decent shaking of oregano, season, and bring to the boil. Reduce the heat and simmer, stirring occasionally for around 20 minutes.

Meanwhile, preheat the grill to medium-high. Cut each aubergine diagonally into 5mm-thick slices. Brush with oil, put half on a baking sheet and grill for a few minutes until golden on each side. Do the same with the remainder. 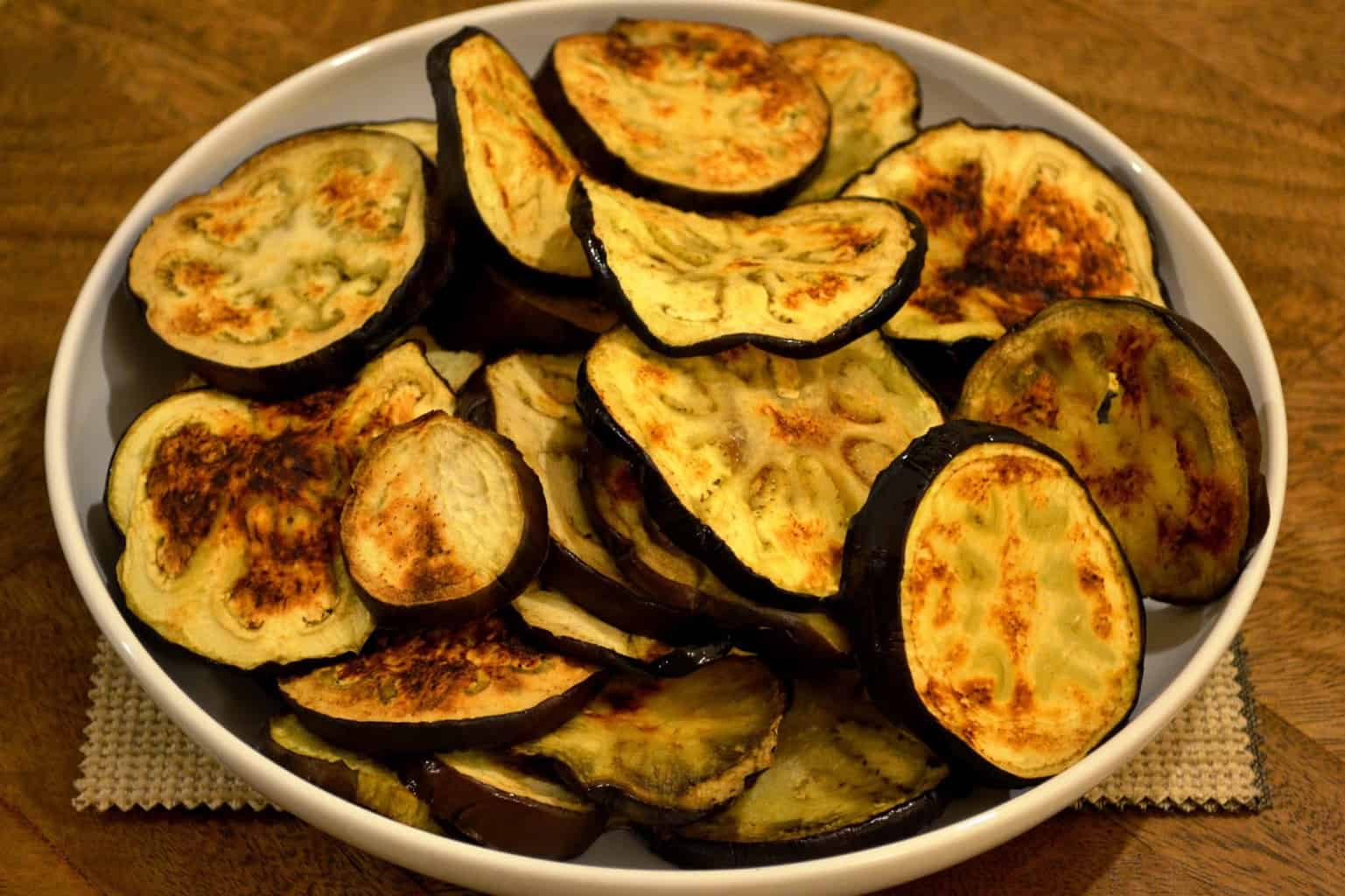 Preheat the oven to 200°C (fan). For the topping, mix the yoghurt, egg, dried mint and the cheeses. Season with pepper. 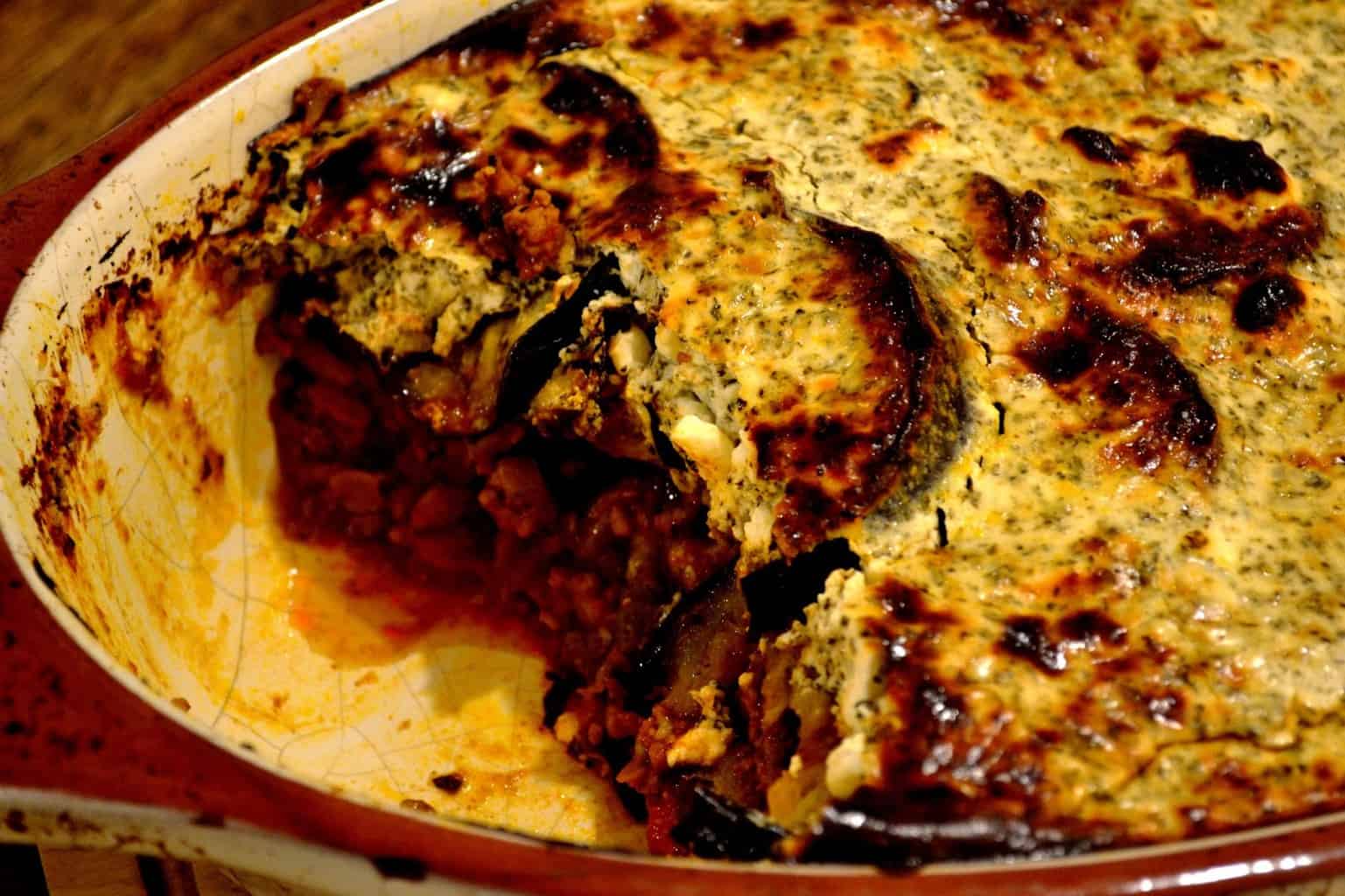