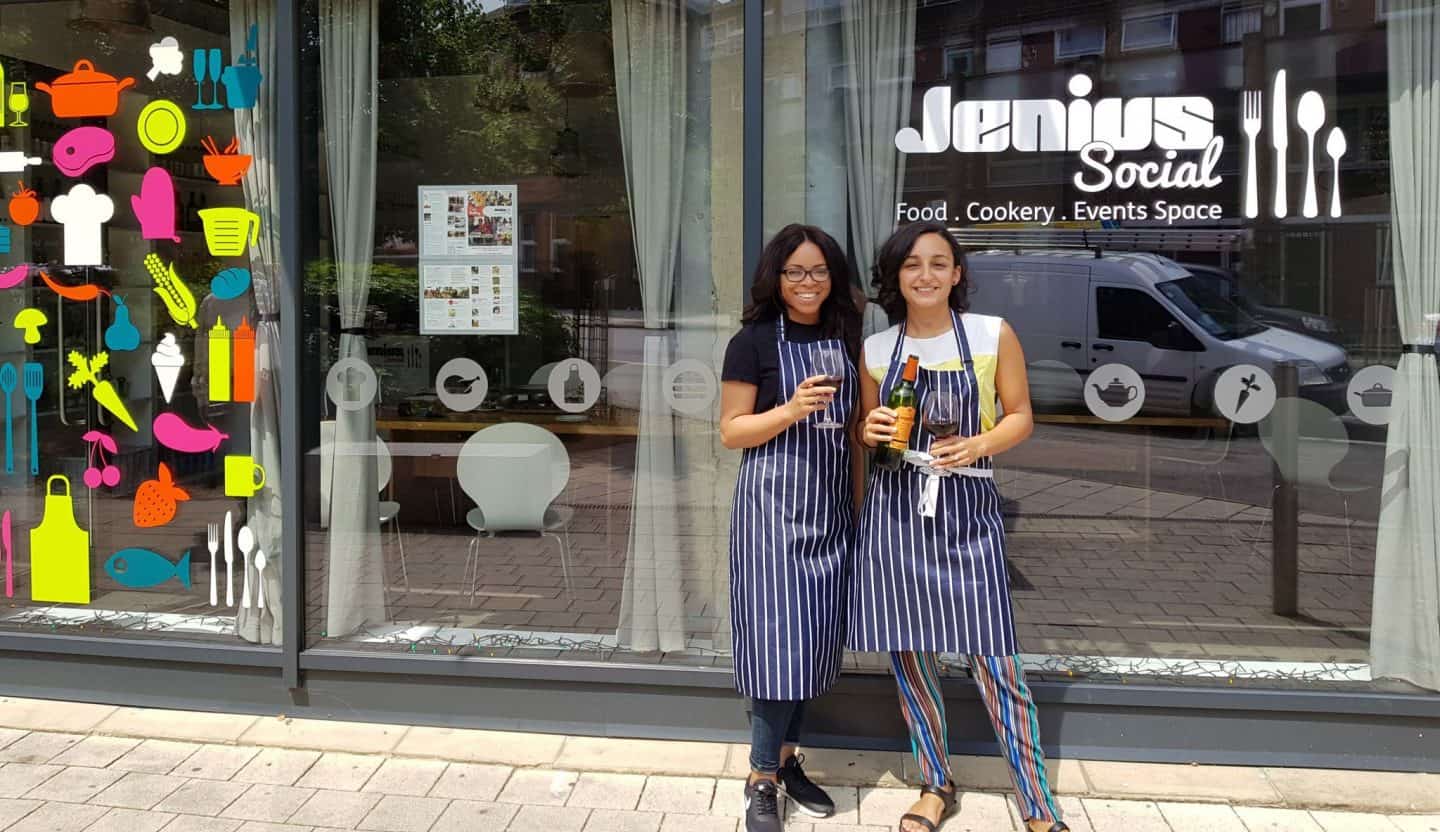 Could this be London’s most fun cooking class?

I think I might have just gone and found London’s most fun cooking class, folks. So if you have any London team building events, anniversaries, birthdays, hen parties, stag dos etc. coming up, take note!

I paid my first visit to the Basque region of Spain just a few weeks ago, back in early June. A really stunning part of the world, and arguably the gastro-capital of Europe, I ate my way round the tight knot of pintxos bars found in San Sebastian, quaffed a lot of frothy Txakoli poured from great heights (the quintessentially Basque, slightly sparkling, and very dry white wine), and had an all round terrific weekend with some pals.

But the one thing I was gutted about, was not finding the time to visit Spain’s premier wine-growing region of Rioja – and the native home of the Tempranillo grape – despite it being so close. It borders the Basque Country, and is just an hour’s drive outside San Sebastian. Or even spending any time in Bilbao itself, the city’s airport being the most popular one for those heading to San Seb. 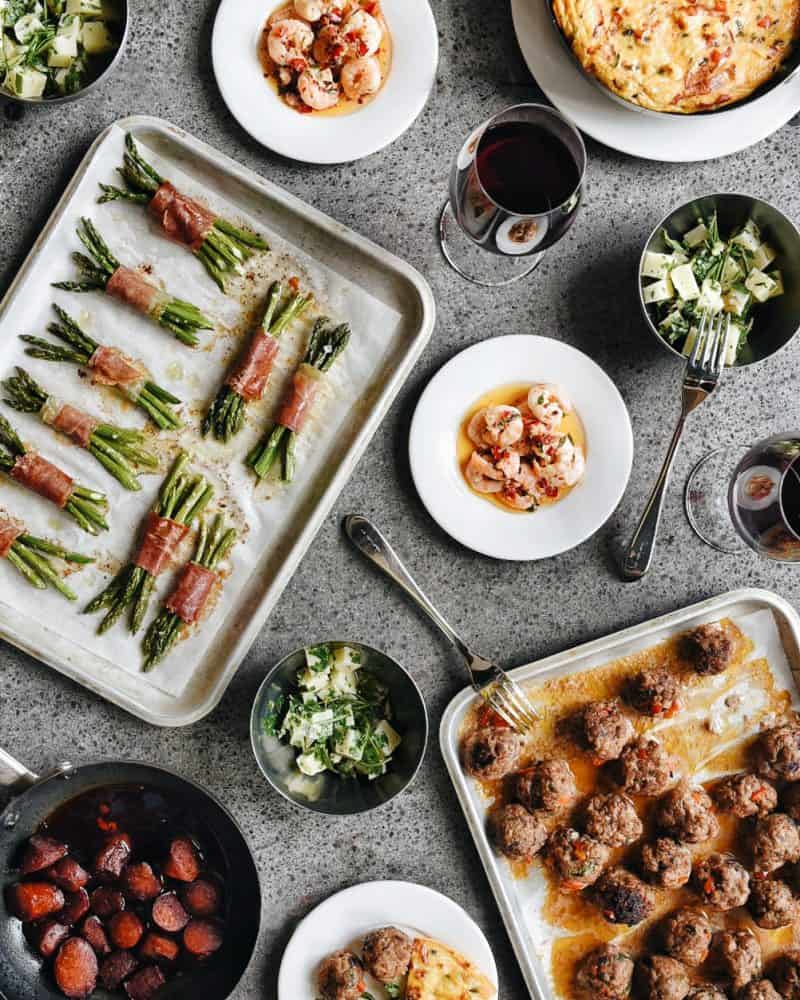 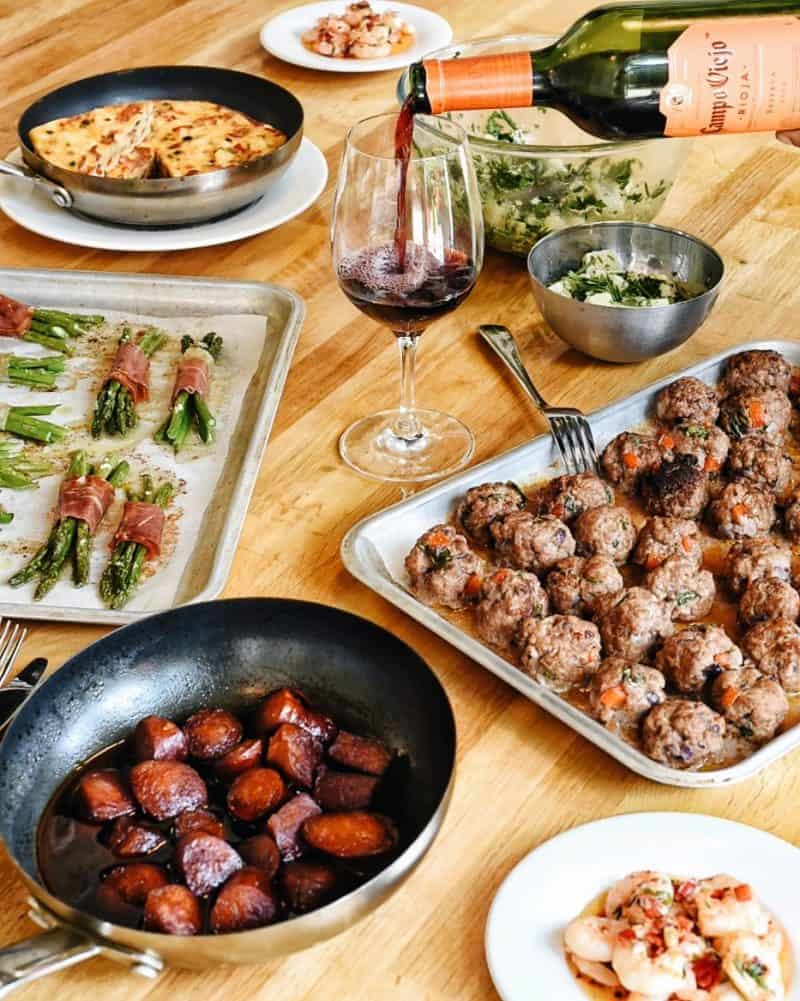 So when the lovely folk over from Campo Viejo got in touch, asking if I’d like to collaborate with them over the coming weeks, as one of their champions of their #SummerOfColour campaign, I was made up. If any wine brand truly embodies Rioja, Campo Viejo is surely it.

These guys are all about living a ‘Life Uncorked’. That is, a life full of colour, vividness and passion. The plan was for them to send me on a couple of Campo Viejo Spanish-inspired adventures, and my task was to capture the moments of colourful spontaneity, and share them with you guys through images, video and words.

My first Spanish experience was based in London, and took place last week. But the spontaneous element of it was that the experience I went on was decided by my Instagram followers, and I only found out what it would be via an invitation in the post arriving that morning. So that was pretty exciting.

I’d like to say muchas gracias to everyone who got involved in that emoji straw poll. The chef emoji came out on top, and you guys sent me on a fantastic private tapas cooking class at Jenius Social in Islington. Many thanks to chef Andrew (aka Andreas for our class) for managing to cope with Bisi and I getting up to all sorts of antics. And finally a big thank you to my friend Bisi Bajomo (also a member of team London Cheap Eats) for being such a great cooking companion. There were lots of laughs that morning, and you can find the video I created from that class below:

VIDEO: Is this the most fun you can have at a cooking class? 😂

In the meantime, I have my second Spanish experience coming up next week. It’s another surprise, and I have everything crossed that it will involve enjoying some Campo Viejo at source.

In the meantime, Campo Viejo are running a pretty awesome Instagram competition. All you have to do is share your own summer moments with a bottle of Campo Viejo on Instagram, tagging @CampoViejoUK and #SummerOfColour, and you could be in with a chance of winning a trip to Spain, and your Instagram image turned into real life art on the streets of London! Full T&C’s here. I hope you get involved, and stay tuned for more coverage of my second experience soon!

Note: This is a sponsored post in partnership with Campo Viejo. I’m thrilled to be one of their #SummerOfColour champions. All views remain my own, as always.

Related posts
ITALY | 10 places to eat at and things to do in Catania in Sicily with HomeAway
TRAVEL | Is VizEat the future of authentic local dining experiences in people’s homes?
OPINION | How to be a part of the global voice of opinion with YouGov
VIDEO PRESENTING | How to take better photos on your smartphone with SanDisk
DINING | The Celebrity Cruises Japanese ‘Taste of Travel’ experience at Taste of London
RECIPE | Pasta with chestnuts, mushrooms and a parsley pesto with Veuve Clicquot
SPAIN | The farm to fork journey of a Knorr tomato
RESTAURANT | Cava and tapas at Copa De Cava EC4