Why I keep returning to the Basque Country

Edged by the dazzling Bay of Biscay and the craggy foothills of the Pyrenees, the Basque Country has been an independent nation for much of its history. It’s a gorgeous corner of the world and the fire for all things Basque continues to burn strong within me!

So it made sense to rustle up a delicious French recipe from the north of the Basque Country, which lies in France.

The French locals here have more in common with the neighbouring Basque region of Spain, than they do with the rest of the country. They are fiercely protective of their history and culture, including their regional and excellent Basque French cooking.

This is the third French recipe in my series showcasing easy French cooking and ways to use beautiful French ingredients, in collaboration with France Bon Appétit. 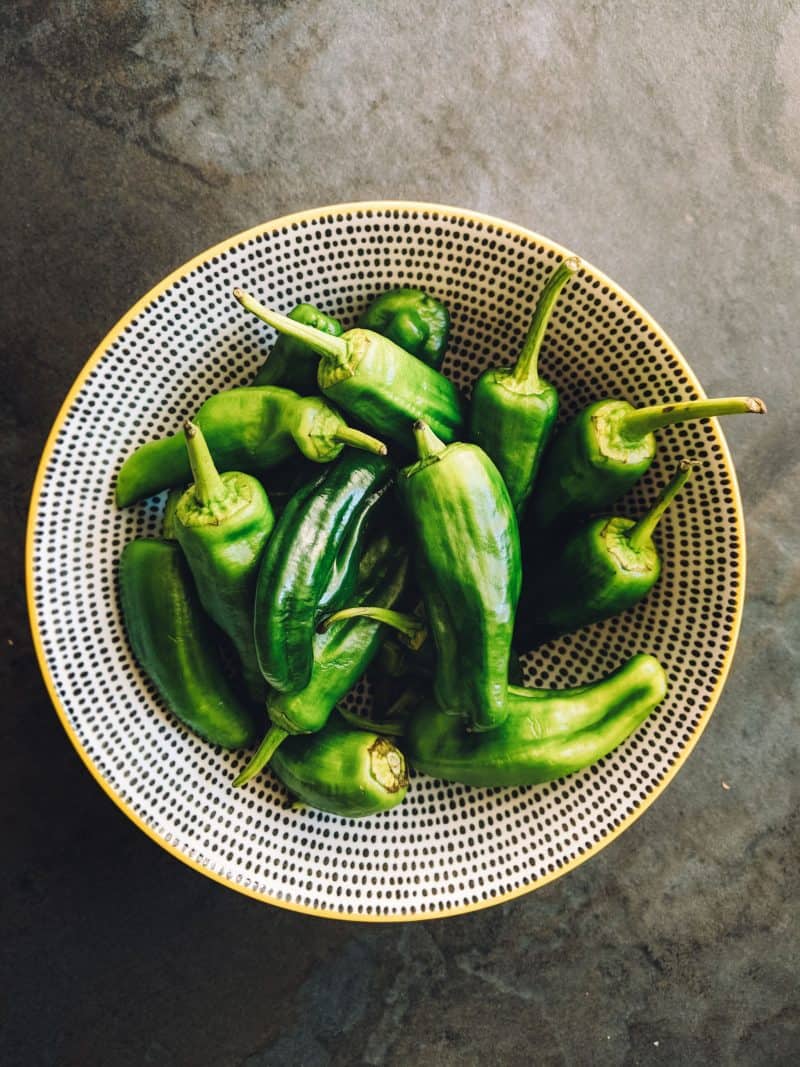 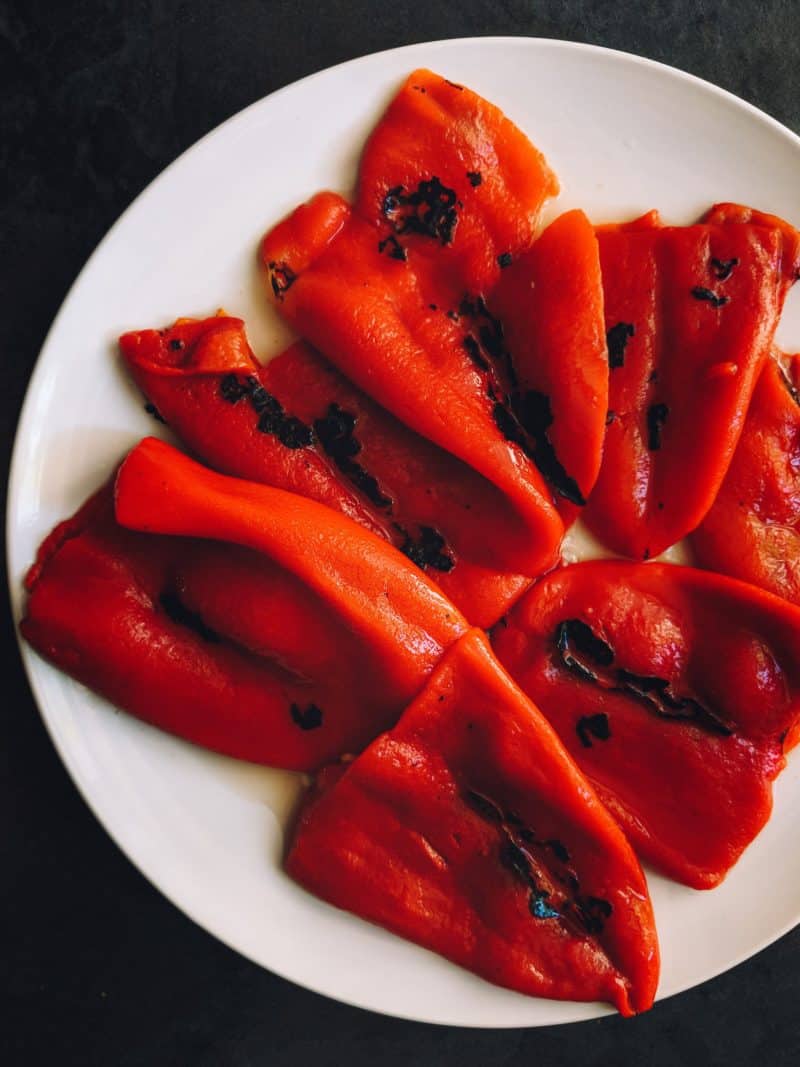 Check Out: NORTH SPAIN | 7 Awesome Things To Do In Bilbao And La Rioja

Don’t forget to also take a look the first two recipes: Confit Duck with the Best Ever Lentil Recipe and The Ultimate French Blue Cheese Recipe. And keep an eye out for future ones where I’ll be taking us through the year via the medium of French cooking.

I’ll be creating a French recipe each month and there’ll be nine in total making a nice little repertoire to keep referring back to.

A Basque tomato recipe with French sardines and French ham

Piperade is a very typical and simple Basque dish found across the region; a tomato recipe that incorporates onions and green peppers. The colours reflect those of the Basque flag (red, white and green) and it’s a superb way to use up a glut of sun-soaked summer produce.

It’s typically served with anything from meat to fish to eggs. Piperade is seasoned with dried and ground piment d’Espelette, a chilli pepper grown in Espelette in the north of the Basque Country in France. And it often includes ham from Bayonne, just down the road from the glitzy French Basque beach resort of Biarritz. 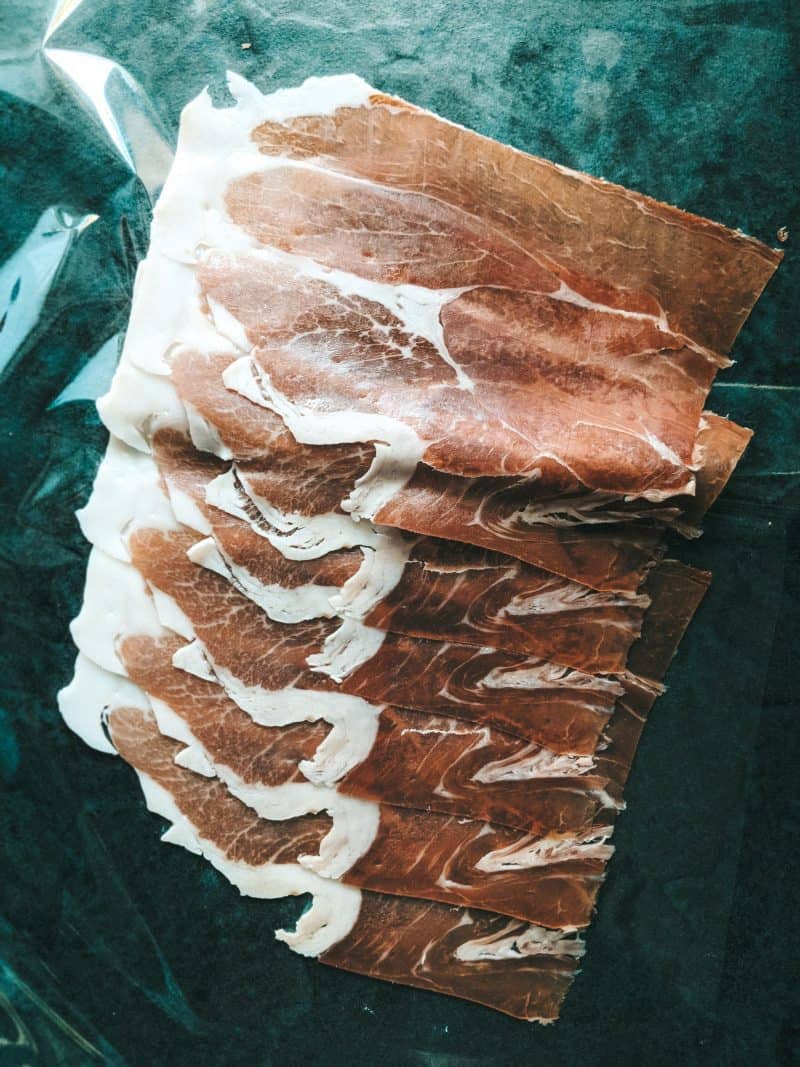 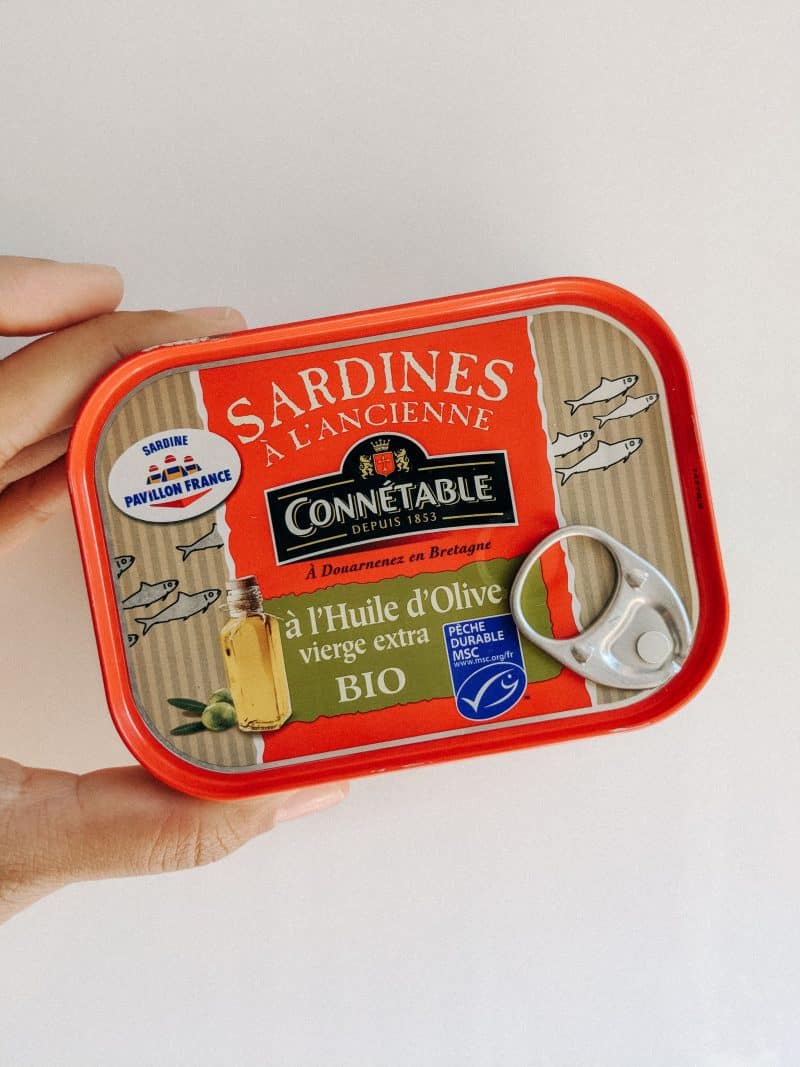 In this French recipe, I’ve paired the gorgeous piperade with Bayonne ham-wrapped French sardines, by the brand Connétable in Brittany. They are the oldest sardine cannery still in operation today, founded in 1853. And they are really good. But feel free to replace the sardines with different fish, or meat or eggs.

Other French ingredients I’ve used are smoked Alsace bacon pancetta for the lardons. And gorgeous pink onions from Roscoff in Brittany in northwest France, celebrated for their colour and unique mild flavour.

Note: Piment d’Espelette is a nice-to-have. It can be a bit tricky to source so if you can’t find it, don’t worry about it.

A recipe for Basque Piperade, the best summer tomato recipe

The quantities for this French recipe will serve 4-6 people.

Method for this delicious tomato recipe

In a large saucepan, heat 2 tbsp of olive oil on a medium heat. Add the lardons and garlic, and cook for about six minutes until lightly browned, stirring throughout.

Add one more tbsp of olive oil. Then add the padrón peppers and onions and cook for about 15 minutes, until softened and lightly browned.

Stir in the tomato paste, cook for another two minutes, then add the roasted red peppers, tomatoes, parsley (keep some aside), thyme leaves, and the bay leaf. 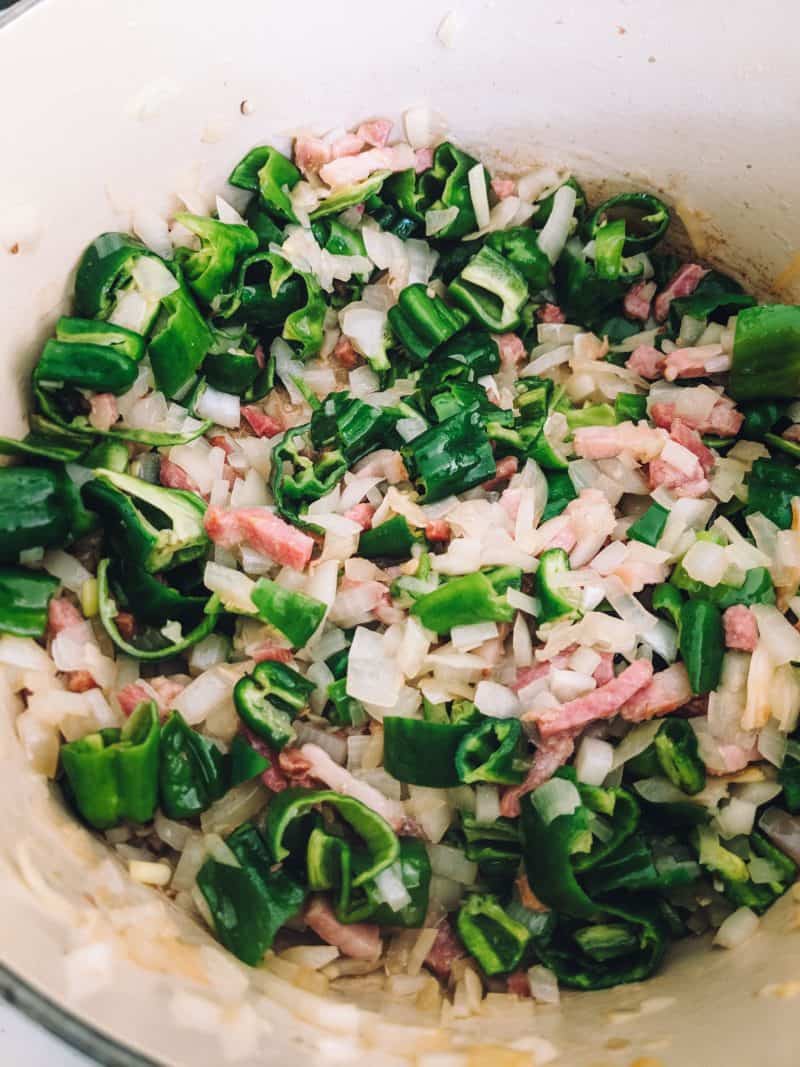 Season the mixture with some piment d’Espelette (if you have it) and a little salt, but not too much as the sardines and bacon will help with the seasoning.

Stir occasionally until the tomatoes break down and the pipérade is thick but still loose, about 30 minutes.

In the meantime, remove around 12 sardines from their tins and pat dry with kitchen paper to remove any excess oil. Tear your ham slices in half length ways so you end up with 12 strips, one for each of the sardines. Wrap each sardine in a strip of ham. 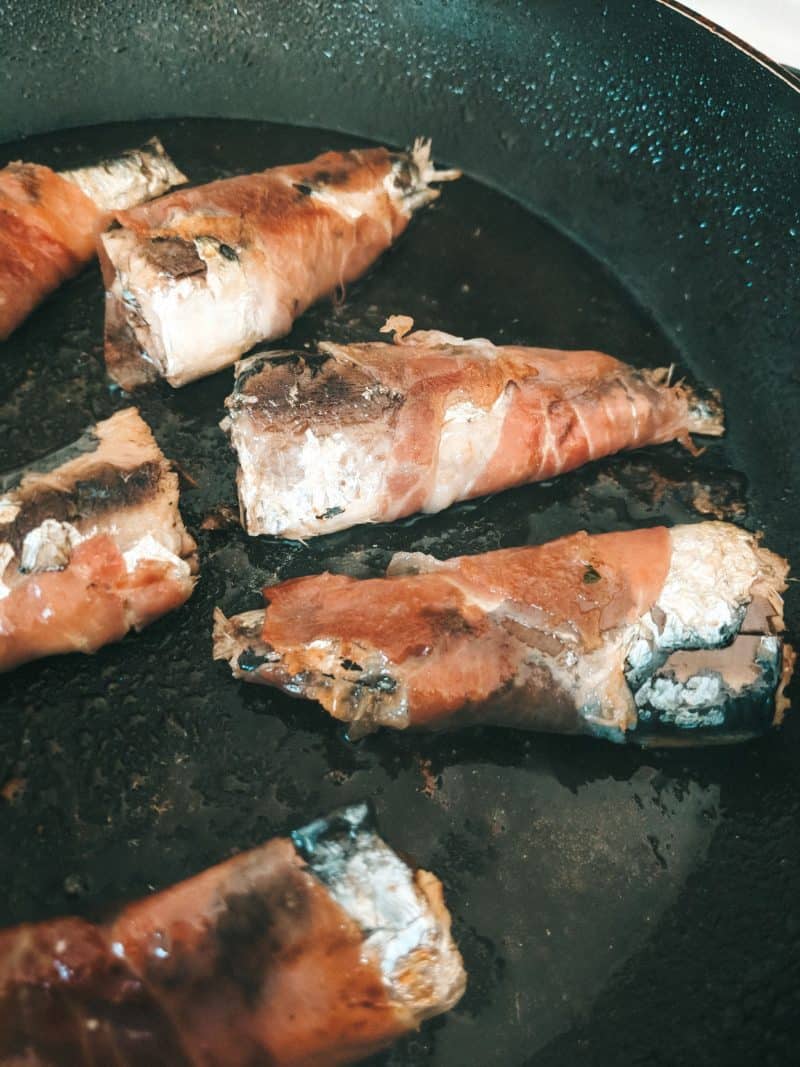 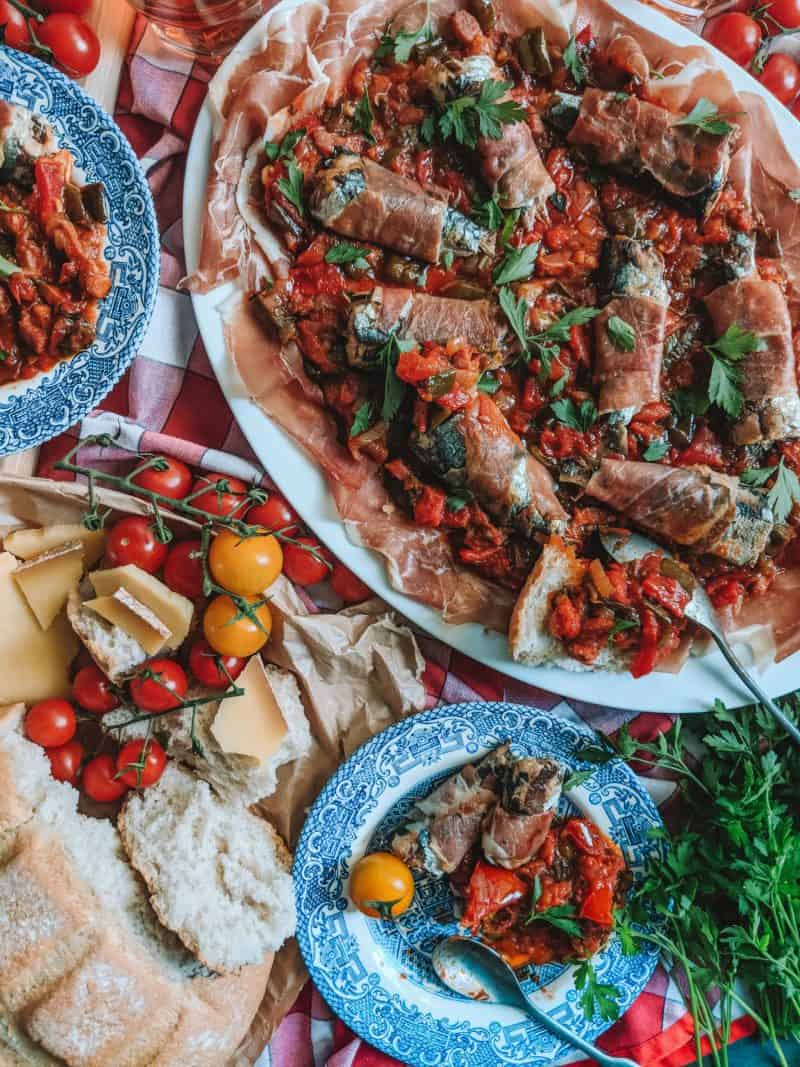 Put a frying pan on a medium heat and add 1 tbsp of olive oil. Fry the sardines on each side until the ham becomes crispy, and season each with a little piment d’Espelette (if you have it). Remove them from the pan and place on some kitchen paper to drain off any excess oil.

If you have any ham left over, arrange these around the edge of a sharing platter, then transfer the piperade onto the platter. Place the sardines on top and finish with a flourish of chopped parsley. Serve with crusty French bread and some French sparkling wine and let everyone tuck in!