There’s a vast range of cuisines from the Far East and South-East Asia that are now almost omnipresent in our ‘eating-out’ repertoire. They provide flavours we have come to find familiar and actively crave. The hot, sweet, sour and saltiness of Thai; fat slippery udon noodles, spanking fresh sashimi and nose-busting wasabi from Japan; the fragrant Pho broths from Vietnam; and the aromatic noodles, light soups, colourful stir-fries and steamed delicacies from China. But when was the last time you heard someone express their desire to ‘go out for a Korean’?

It’s likely you haven’t, and this is probably because the Western world just doesn’t know that much about the food from this country yet. It’s a shame because I’ve had Korean a few times before, and had it again tonight at Cah-Chi in Earlsfield, and it is a cuisine that is yet to disappoint. Traditional Korean meals are noted for the number of side dishes that accompany steam-cooked short-grain rice. Commonly used ingredients include sesame oil, fermented bean paste, soy sauce, salt, garlic, ginger and fermented red chilli paste.

If you’re not sure if you’ve had Korean food before, you almost certainly have if your meal contained kimchi – the national dish of Korea. Almost ubiquitous in its presence at a Korean meal, it is fermented cabbage coated leaf by leaf in a delicious spicy mix of hot pepper flakes, garlic, chives, onion and more. As it ferments it develops a rich and slightly sour flavour – something akin to German sauerkraut but with spice. It whets the appetite like pickles do, and it’s a little addictive. Quite glorious.

Along with the kimchi, I was hankering for some crispy seaweed and so ordered it roasted. It was delivered in a small pile in all its wafer thin saline glory. We were also presented with a complimentary egg roll, potato salad and soya beans. The latter were small, hard and nutty in a sweet sticky sauce – each individually snapped up and feverishly popped into the mouth between chopstick ends at great speed, they were very pleasant indeed.

Appetisers devoured, our starters soon arrived. At the point of ordering I asked the very accommodating and smiley waitress what she recommended for this course. Once informed that the pork and vegetable dumplings were made on the premises fresh every morning, I didn’t hesitate to order them. And they were quite lovely – golden, light and delicate with a very flavoursome filling – dipped in some soy they went down a treat
.

The waitress then began to prepare our table top for the bulgogi – an extremely versatile way of preparing beef and one that most Westerners have sampled at Korean restaurants. Typically in the West it’s cooked on a Korean barbecue on a hot plate in the middle of the table which is what we had at Cah-Chi. Bulgogi is very thinly sliced beef sirloin marinated in spices such as garlic, soy, ginger and more. Along with the beef we also ordered pork belly that had been steeped in similar flavours – both meats were delicious with the beef being particularly tender. 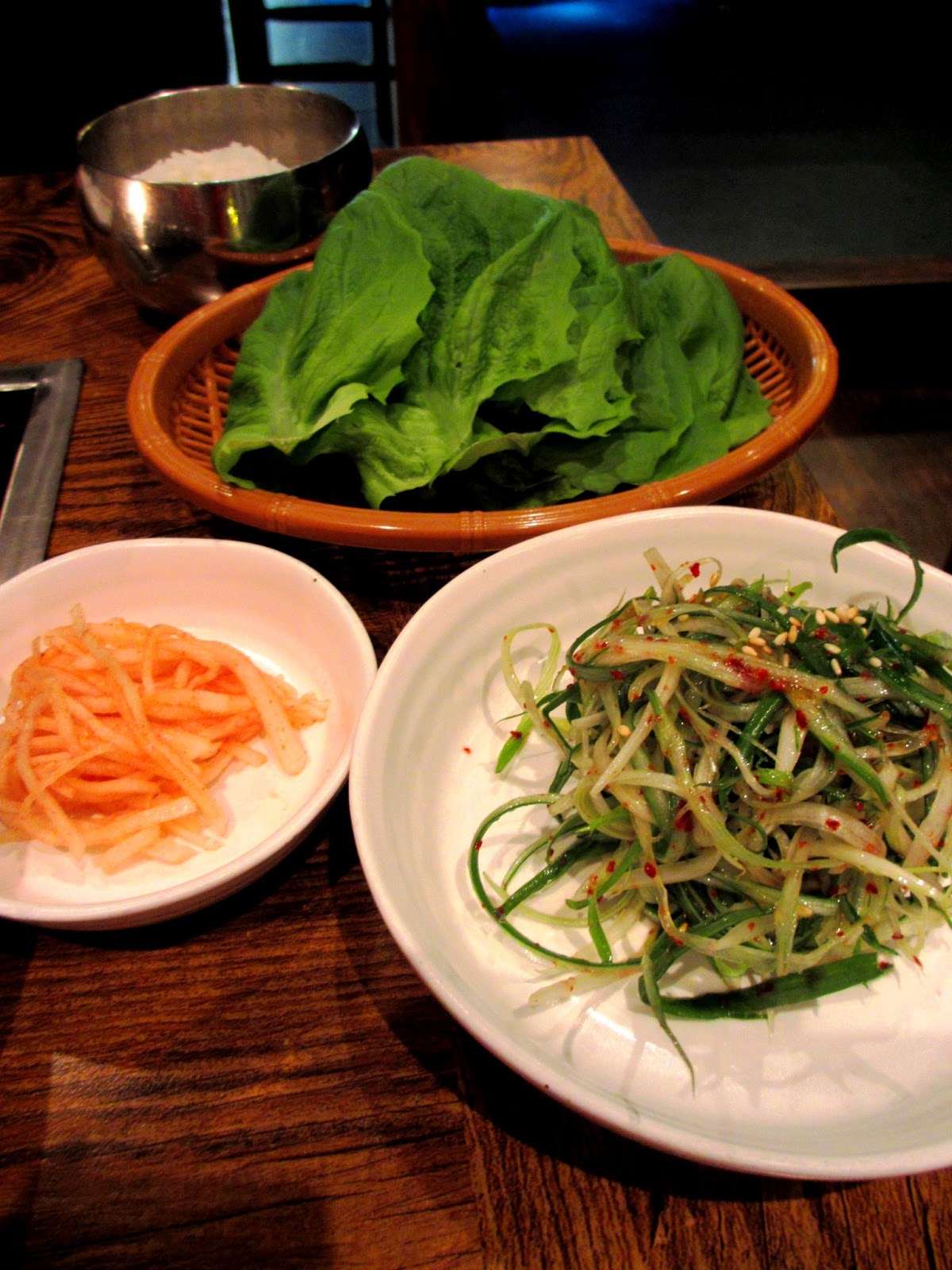 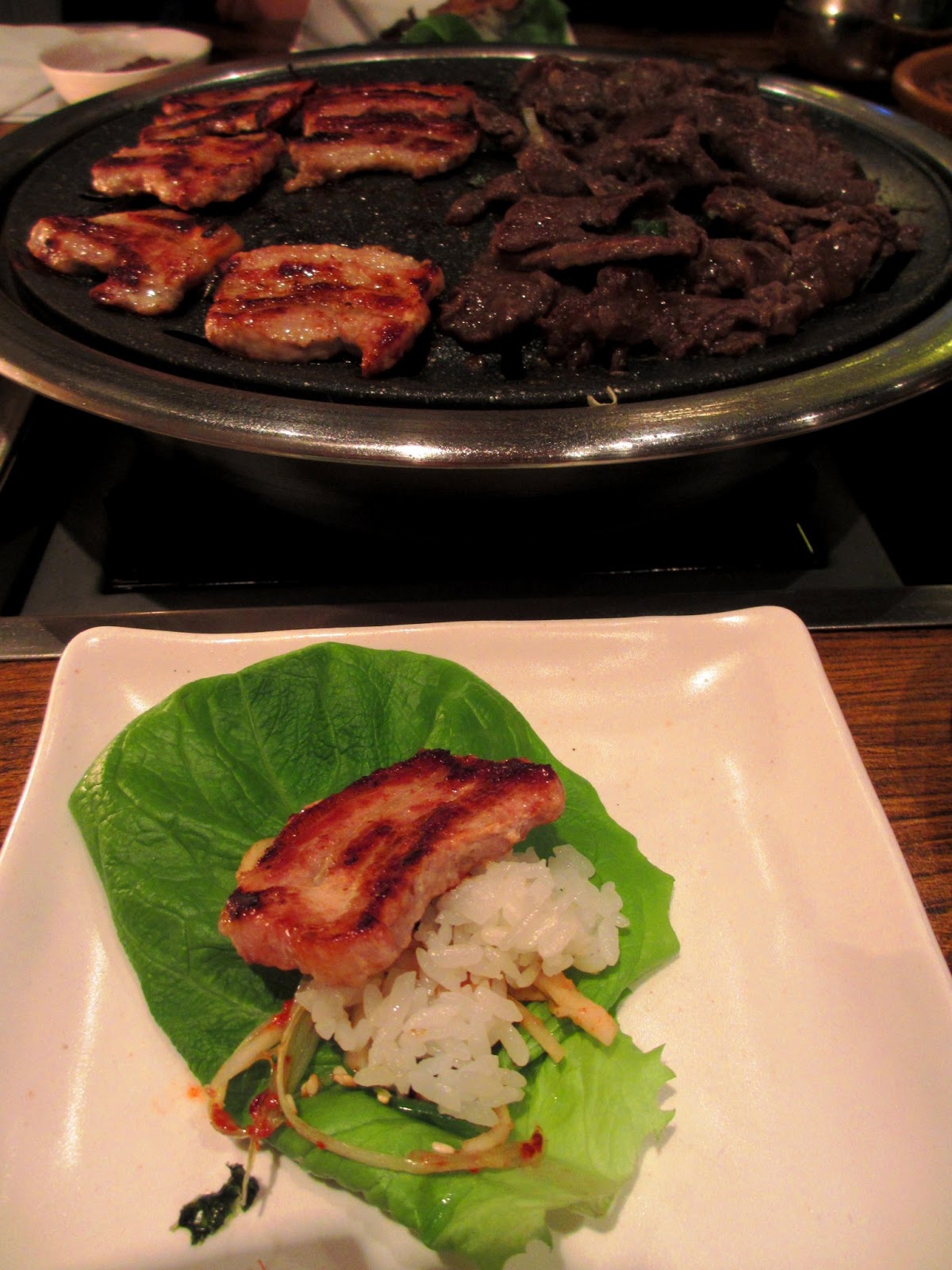 The waitress talked us through the journey of the food from plate to mouth which was best undertaken via a parcel of meat, rice, julienned spring onion speckled with chilli flakes and pickled radish wrapped in a lettuce leaf and dipped into some soya bean paste. A journey with a delightfully satisfying destination.

Accompanying my meal throughout was an alcoholic drink typical of both Korea and its neighbour Japan – plum wine. In Korea it’s called maesil ju and is often presented with whole plums in the bottle, one of which found its way into my glass. I’d describe it as a strong alcoholic fruit juice in the sense that it’s sweet, but not a sickly sweet. Having a palette that does not care for sweet wine made from grapes, I find plum wine delightful and it works wonderfully with the other salty, spicy and bitter flavours you’ll find in a Korean meal. It’s also worth mentioning this place is in fact BYO on alcohol with a small corkage charge – yet another reason to visit. 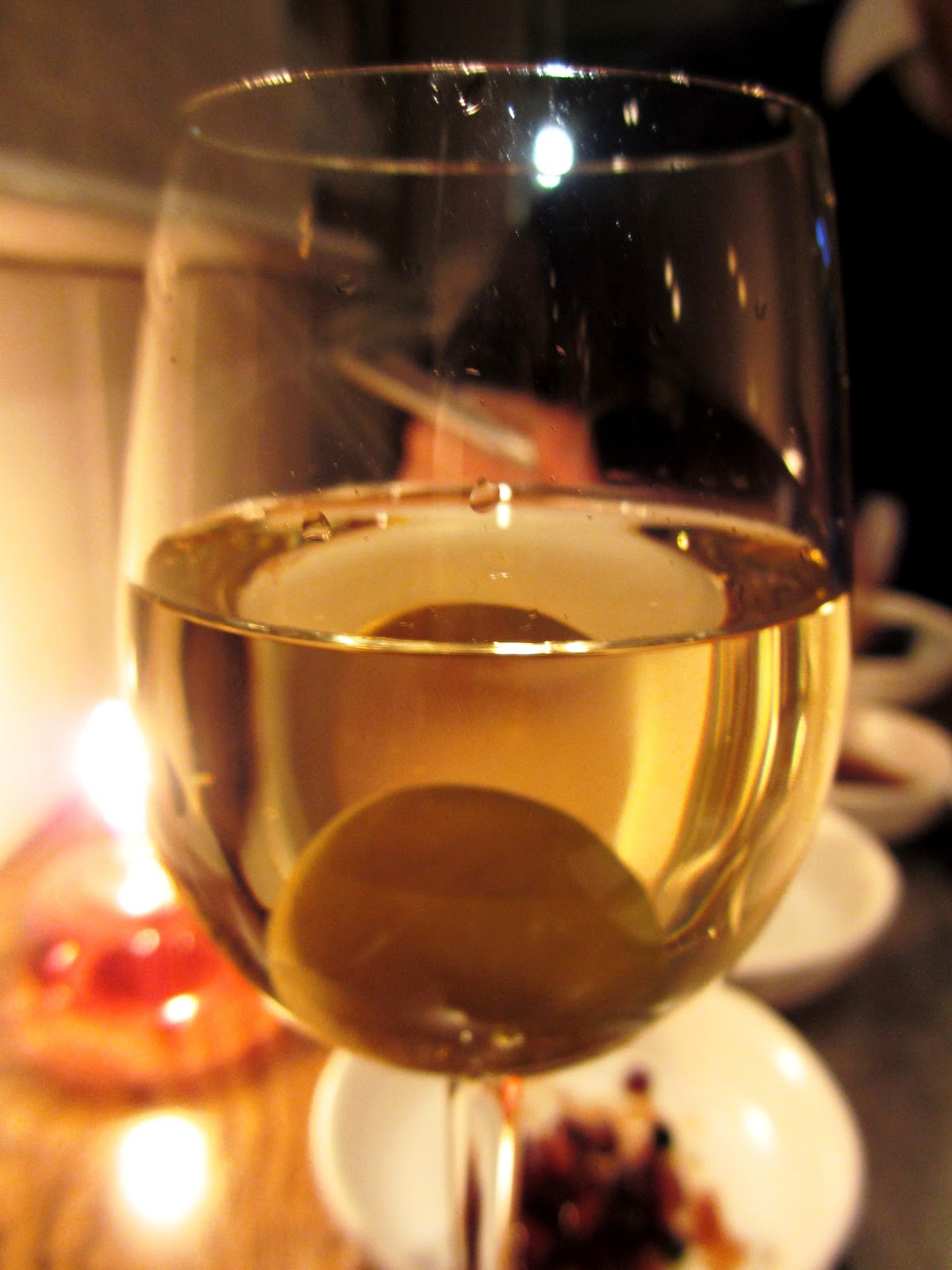 If you happen to be a
little further out in South West London, then Cah-Chi is without a doubt well
worth a visit. With sophisticated interiors, incredible service, beaming staff,
and delicious food, it’s not a place that will disappoint. A colleague of mine
used to live close by and visited with his wife almost every week without fail
and it was through his recommendation that I first tried it a while back. A
recommendation I’m eager to pass on to many more.