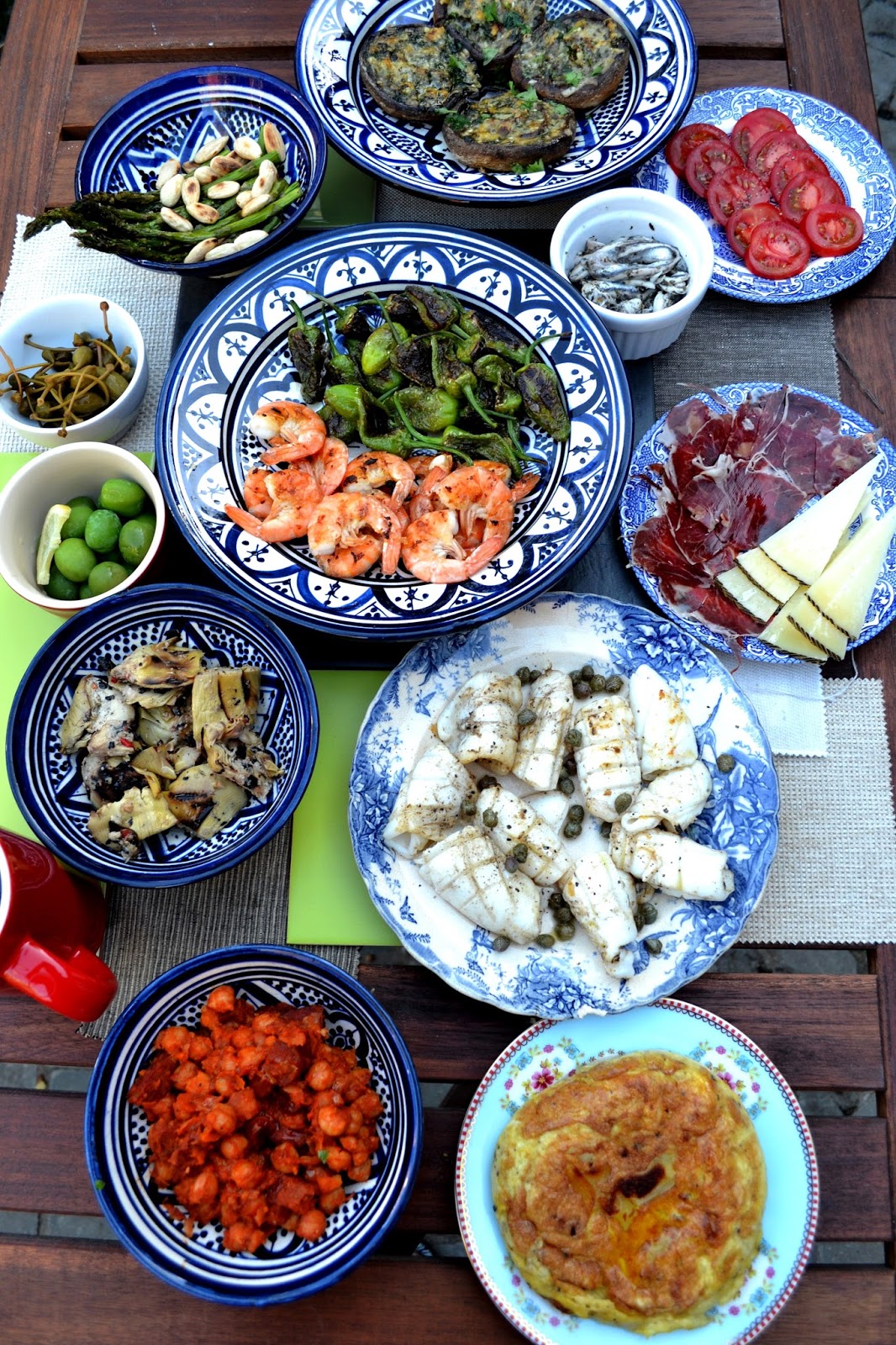 Surprises in the fridge are almost always exciting. Unless they’re in the form of disintegrating lettuce-slush at the bottom of a salad bag – is there anything more gross? Probably.

Returning home from work the other day and making a beeline for the fridge, I opened it to find a bag of Padrón peppers beaming up at me. Not something I had purchased, but produce Matt had found in the supermarket near his work.

Any tapas lover worth the salt on their Padrón peppers will know all about the dish pimientos de Padrón, the only real way to treat these little green bites of delight.

It is blessed with simplicity as is so much of Spanish cooking, in that the dish in its entirety are these peppers fried whole with olive oil and then sprinkled with coarse sea salt. They’re the first things I request when placing my order in a tapas restaurant (without even needing to locate them on the menu) and Fino in Fitzrovia do them deserved justice.

But it’s only in restaurants I’ve ever eaten them, as until now I’ve been unsuccessful in sourcing these little Galician peppers. And the purist in me will be damned if I was going to attempt the dish with anything but.

A solitary tapa consumed in isolation goes against the very essence of what it means to eat tapas – tasting many different flavours, sampling small amounts of a wide range, enjoying and sharing with others. And so from this little bag of capsicums an entire Spanish feast was born.

The below dishes all served in one sitting will feed two hungry people generously. If you’re cooking for more, just scale up the ingredients. I’ve ordered them according to how long they take to cook, starting with the longest. They are all incredibly simple to make with very few ingredients. Some (such as the above pimientos de Padrón) require nothing more than a quick fry.

For almost all the dishes you will need olive oil so do ensure you have a good amount to hand before you begin. Salt and pepper goes without saying.

At any one time you will need four hob rings on the go – one for the chickpeas and chorizo, one for a griddle or saucepan for the seafood, a small saucepan for the tortilla, a final pan to first cook the potatoes and then fry the peppers.

My suggestion in terms of timing to serve everything hot and simultaneously (or as close as one can get to that) is as follows:

Earlier in the day 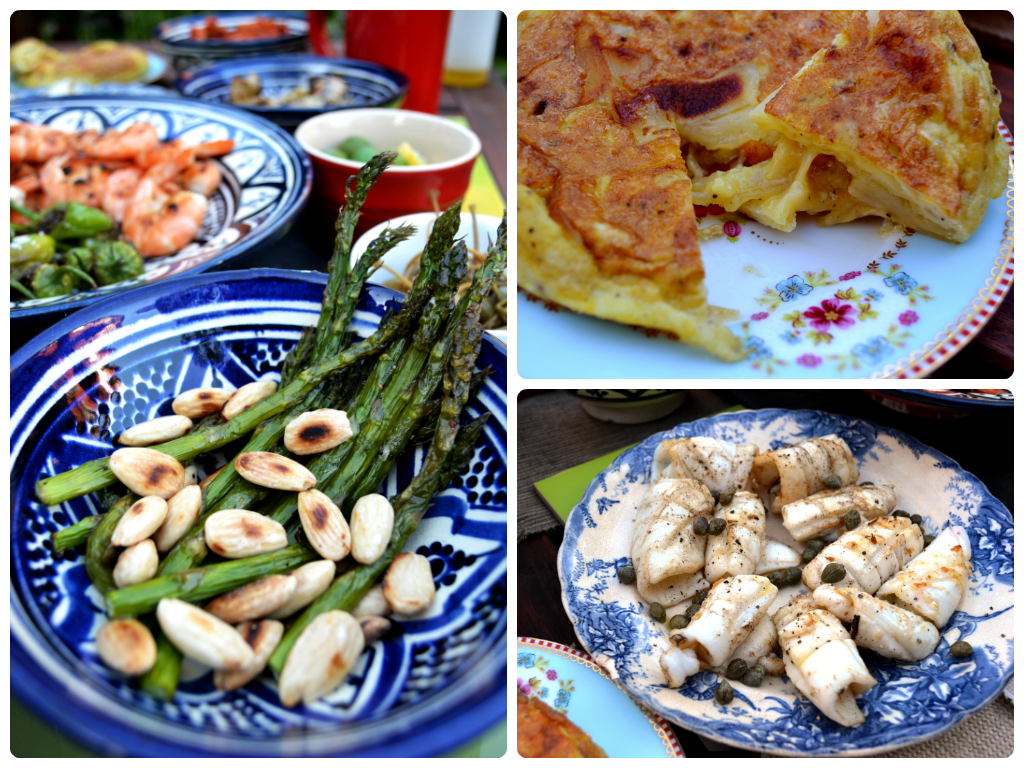 This recipe makes a mean tortilla. Who knew eggs, potato and onions could make something so entirely delicious – no doubt something to do with all the wonderful frying.. Either way, this was one of my favourite things on the table. 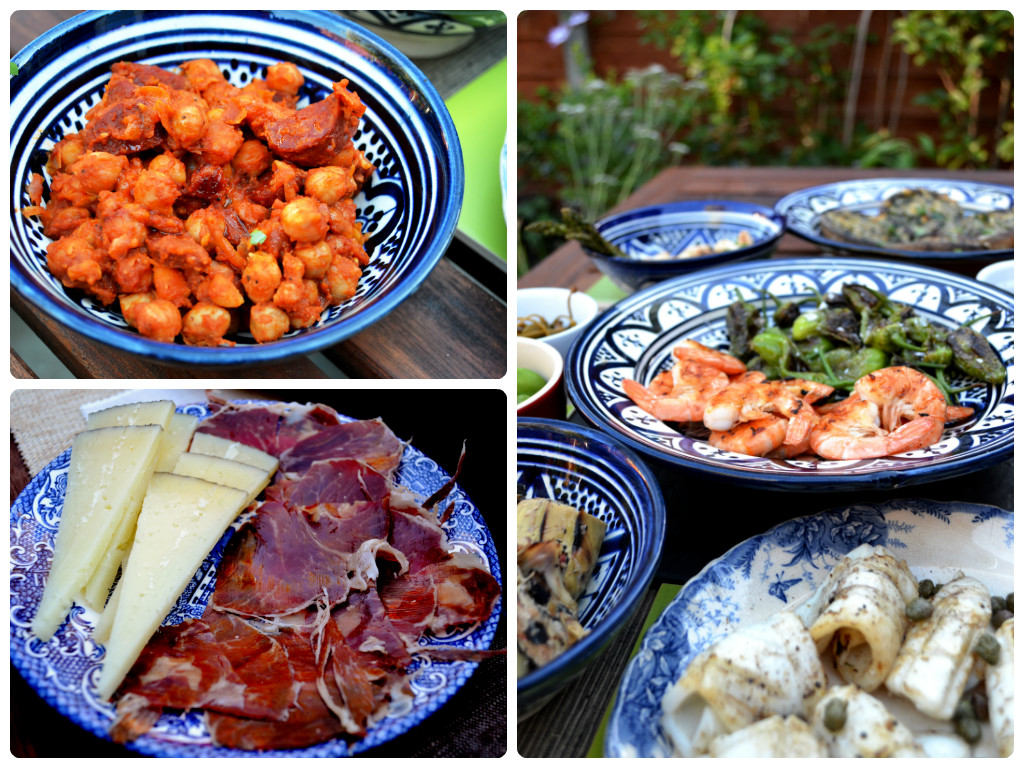 Tip you can purchase the prawns either already cooked (pink) or raw (grey) – it makes little difference to the cooking time. 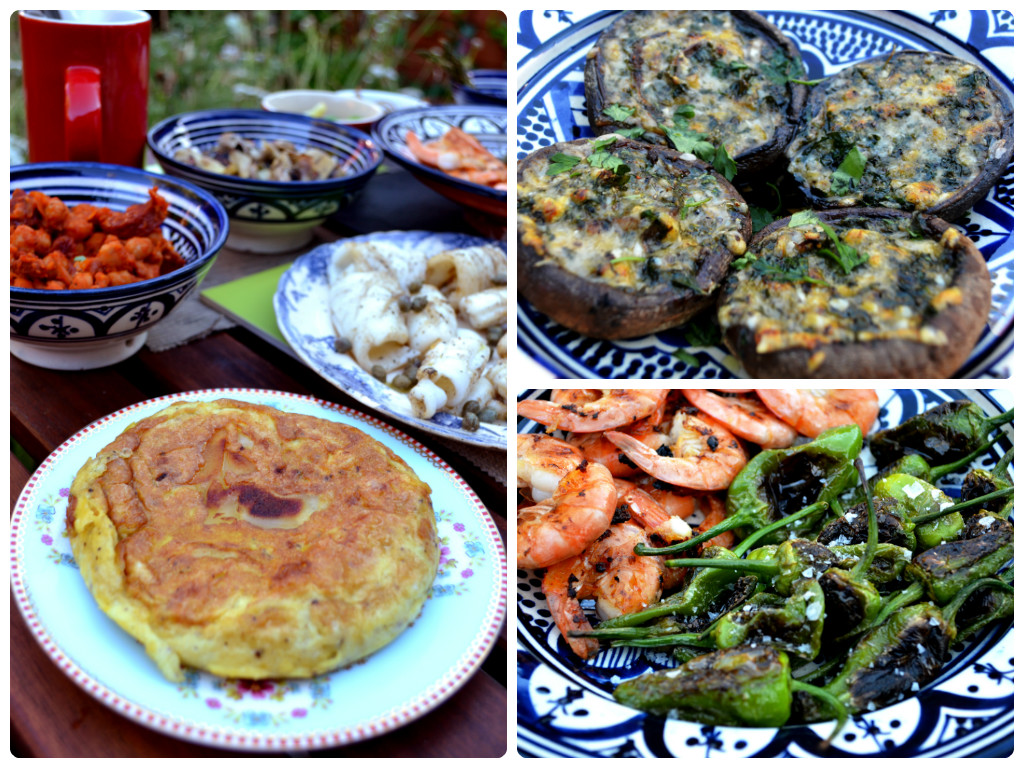 In addition to the above, we decorated the table with a few other no-cook tapas dishes including: roasted artichokes, fresh anchovies, mild noceralla olives, ripe tomatoes, sliced Manchego, and jamón ibérico de bellota.

Altogether, an entirely heavenly Spanish spread. And a huge thanks to Matt who cooked it all this evening.