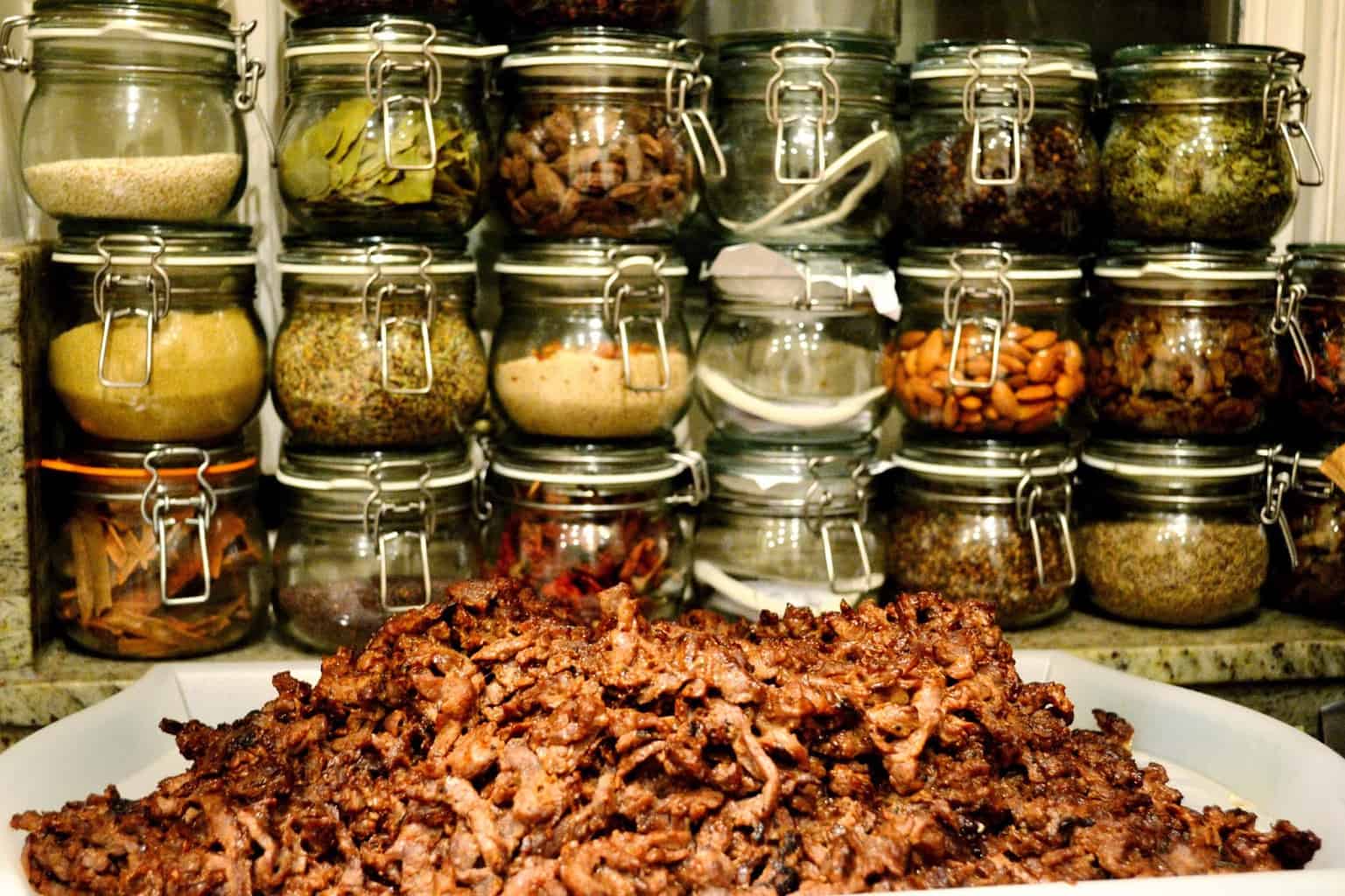 “Hindi-Chini bhai-bhai” is a saying that translates from Hindi as “Indians and Chinese are brothers”. I know this because it was the response my Indian companion gave me, when I asked on route to dinner, her thoughts on the Indo-Chinese menu that awaited us at Asma Khan’s supper club.

I suppose it makes a lot of sense. China and India are two of the world’s oldest civilisations and have co-existed in peace for millennia. The first Chinese emigrant to settle in Calcutta was a Mr Yang Tai Chow in 1778 followed by many more, bringing with them their cuisine and culture. Not to mention Chinese is probably the most popular street food in Calcutta and what we would be sampling at dinner (both nuggets of insight shared by Asma to give the evening context – I am alas not a walking encyclopaedia of Indo-China relations). 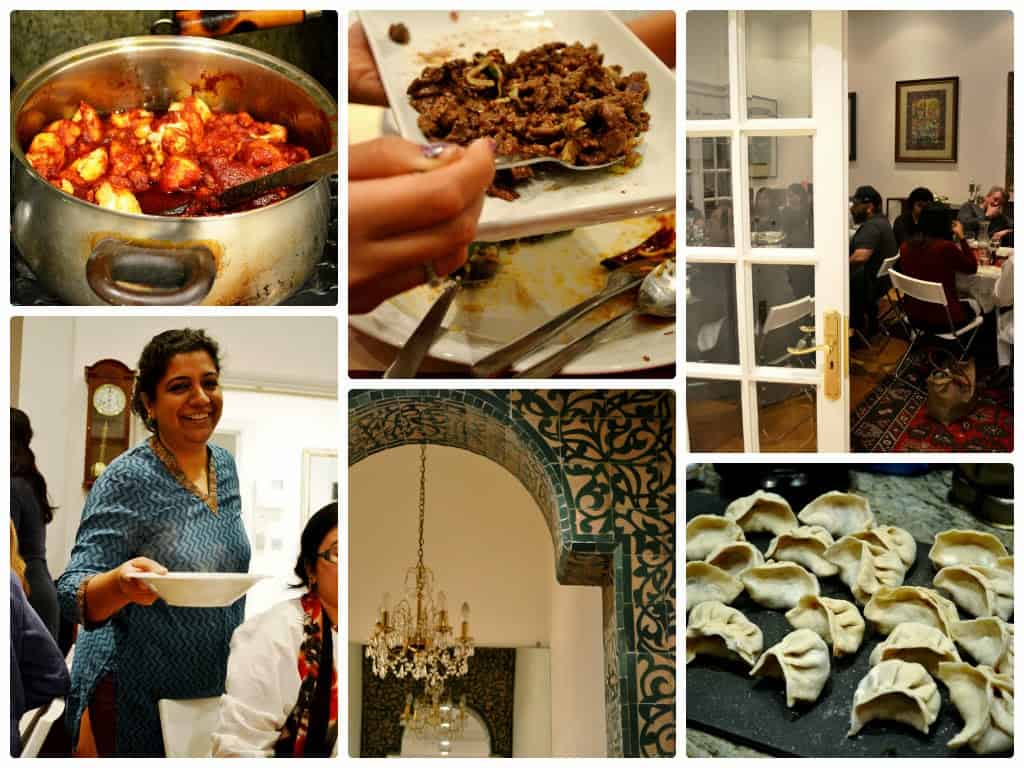 Proceedings began with one of the best dishes of the night, chicken thupa. A thin broth occupied by shreds of soft 6hr slow-cooked meat full of flavour from the bone, homemade noodles, vegetables, garlic and ginger. A bowlful of well-being originating from Tibet and immediately recognisable as at home within those climes. With nurturing qualities to make any Jewish mother discreetly dab at a moist eye, it lulled me into a comfortable sense of ‘Asma is going to look after me this evening’.

And that she certainly did along with 26(ish) fellow diners, all seated in a quite beautiful open plan living room and dining space in her West London home. Chinese style beef momo dumplings I witnessed being parcelled up in the kitchen were steamed and served with a green chutney. The delicate casings housed chunky shreds of beef cooked with garlic, ginger and onions and the chutney was blow your scalp off, eye-sweating hot.

Vibrant green and with tongue-tearing fire, I kept returning to it like a crazed masochist thanks to the incredible flavour from the coriander. It was zippy, refreshing and on the verge of self-combusting simultaneously – really very good. 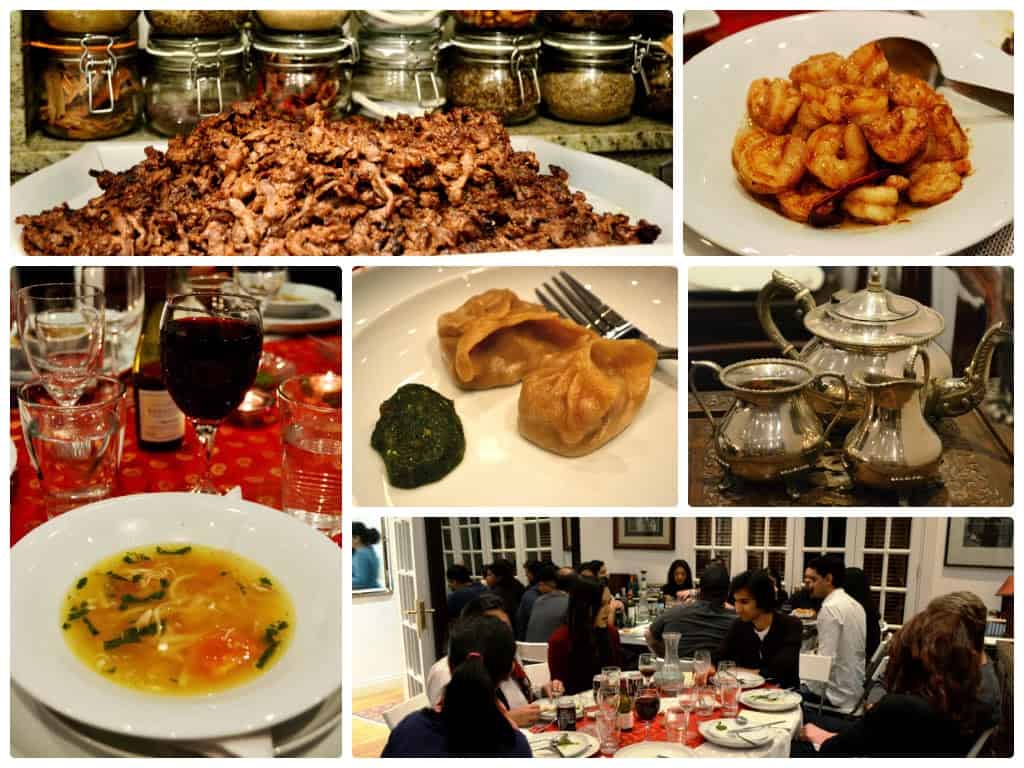 Crisp deep fried dumplings stuffed with very well flavoured chicken cooked down with onions and spices were served piping hot with spirals of steam rising from the breached skin, and so very wonderfully savoury; they did nothing in the way of pacifying my blistering tongue but who cares when you’re devouring parcels of joy.

Platters piled high with two ways of chicken made the rounds. Boneless chunks marinated in lemon overnight with delicate flavour and intermittent nuggets of quite glorious crispy bits with more intensity, and chilli chicken on the bone cooked down with green peppers and the signature Catonese influence that is a cornflour sauce coating. 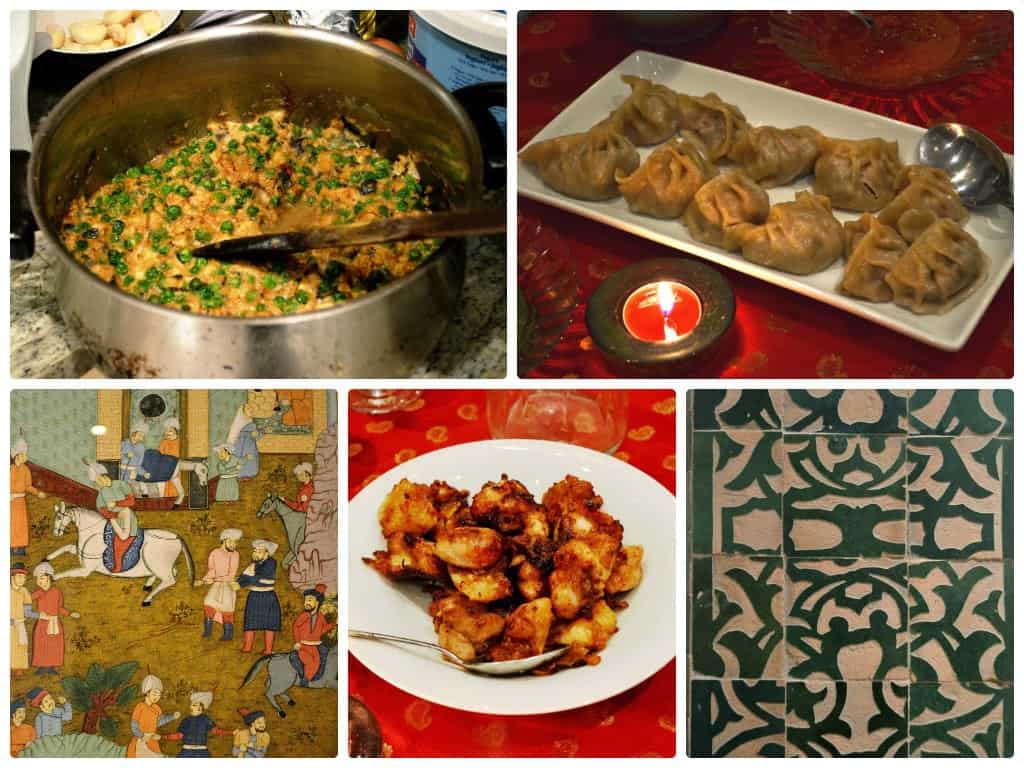 Tender beef slithers stir-fried with chillies were very satisfying between the teeth and smoked chilli garlic prawns were fat and firm. The beef hakka chow mein with homemade noodles had delectable pieces of meat, but the plate needed a little more oomph to compete with the rest of the menu.

Then there was manchurian gobi; cauliflower florets combined with a very rich and quite sweet tomato sauce that would have been just as at home stirred into a pan of steaming pappardelle and served with a few basil leaves. Despite my companion feeling as though the florets should have been crisper from their deep fried treatment and the sauce needing more garlic (she is well acquainted with the dish), this was my second favourite plate of the evening – I loved it.

Proceedings concluded with fruit chaat and a jelly intense with the flavour of coconut; the latter sporting an opaque layer from its milk and a transparent one from the juice. The texture was much firmer (and therefore more pleasing) than the wobble western offerings present. 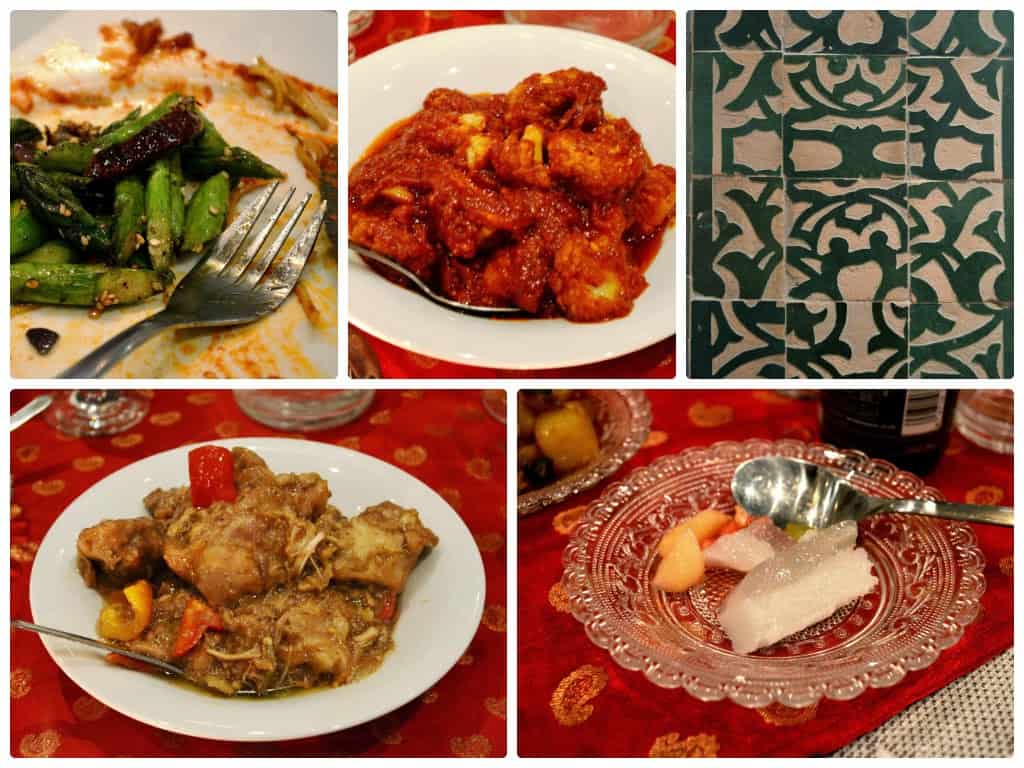 Whilst I would have liked to see more vegetables on the non-vegetarian menu (I really liked that gobi), and despite proceedings finishing a little late for a school night (a few people had to make their excuses before dessert as the clock approached 11pm), the menu was a great success with each morsel executed with knowledge, skill and most of all, a lot of love.

It’s worth noting that at the time of moving to the UK in 1991 with her husband, Asma was bereft of the knowledge to even boil an egg; the distance she has come since then in terms of skill and success is inspiring. In 1993 Asma visited India for several months, determined to master the recipes and techniques from her ancestral kitchens that had been in her family for four generations. Since then, she has not looked back; via her business Darjeeling Express you will find her hosting supperclubs, pop-ups, private catering, cookery classes and more.

Upcoming Darjeeling Express events can be found on Edible Experiences but if you’d like to get in touch with Asma directly, you can reach her on Twitter @AsmaKhanCooks or drop her an email at [email protected].

I’ll certainly be returning for Asma’s highly-acclaimed Indian supper clubs – it’s all some of the people I know ever talk about.