The French don’t really ‘do’ breakfast in the same way many other cultures do. A French breakfast would typically be a light meal consisting of some bread with preserves and butter or a pastry, and almost always coffee.

But being the breakfast fiend I am, I’ve created a French-inspired waffles recipe that incorporates probably my favourite preserve brand, Bonne Maman. If you want to make waffles as part of a French breakfast inspired spread, these would go down a treat.

Pair these breakfast waffles with some French pastries, sliced brioche, fresh fruit, baguette, Nutella and jams and you’ll have a French breakfast feast! 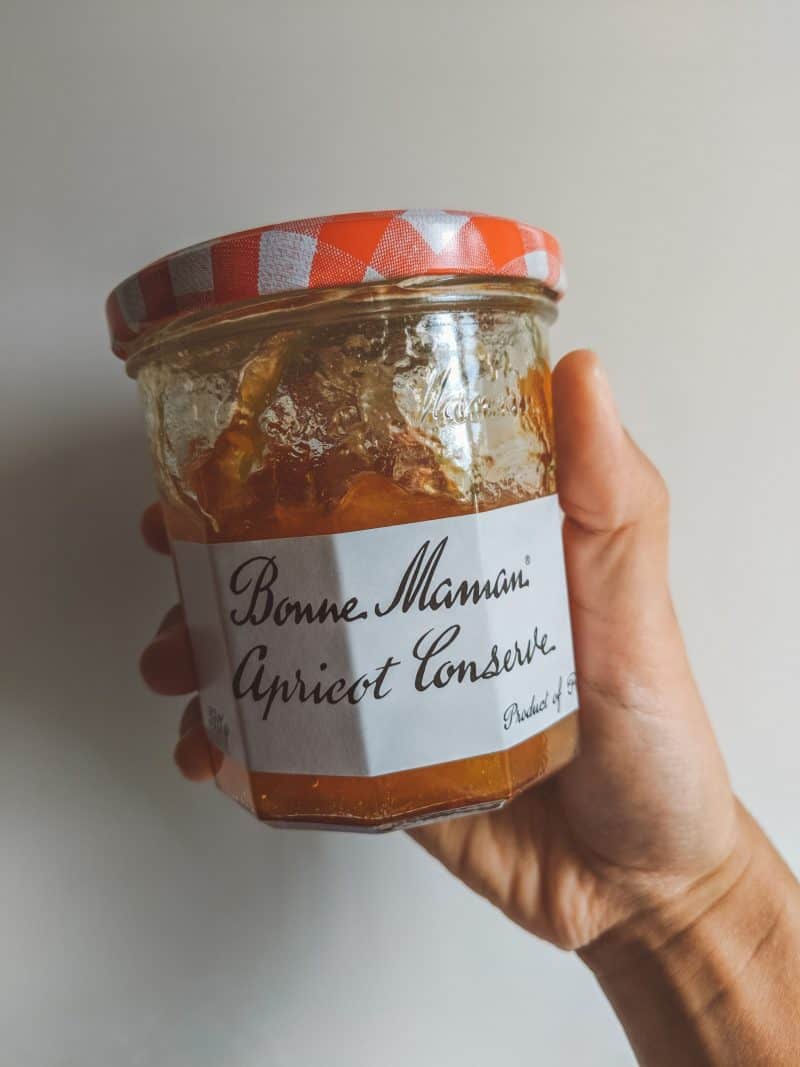 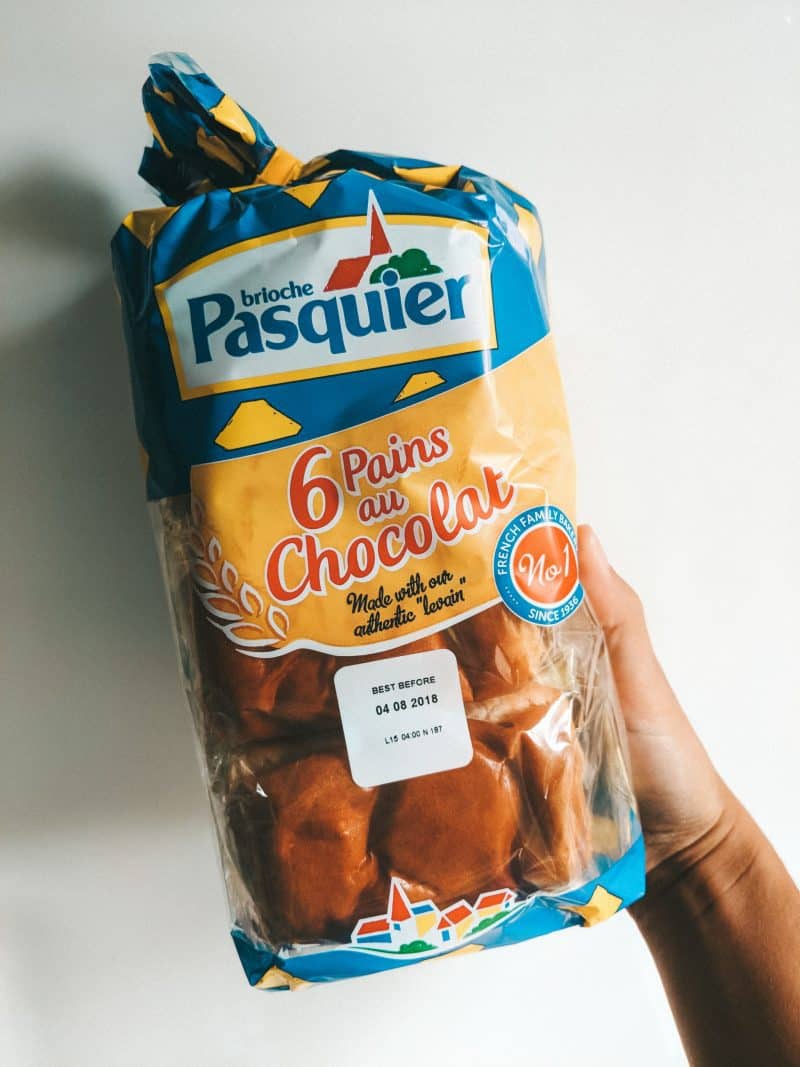 This is the fourth French recipe in my series showcasing easy French cooking and ways to use beautiful French products and ingredients, in collaboration with France Bon Appétit.

And keep an eye out for future ones where I’ll be taking us through the year via the medium of French cooking. I’ll be creating a French recipe each month and there’ll be nine in total making a nice little repertoire to keep referring back to.

A recipe for French breakfast waffles with an apricot glaze

The quantities for this waffles recipe will make about 4 of the best large waffles.

For the apricot glaze 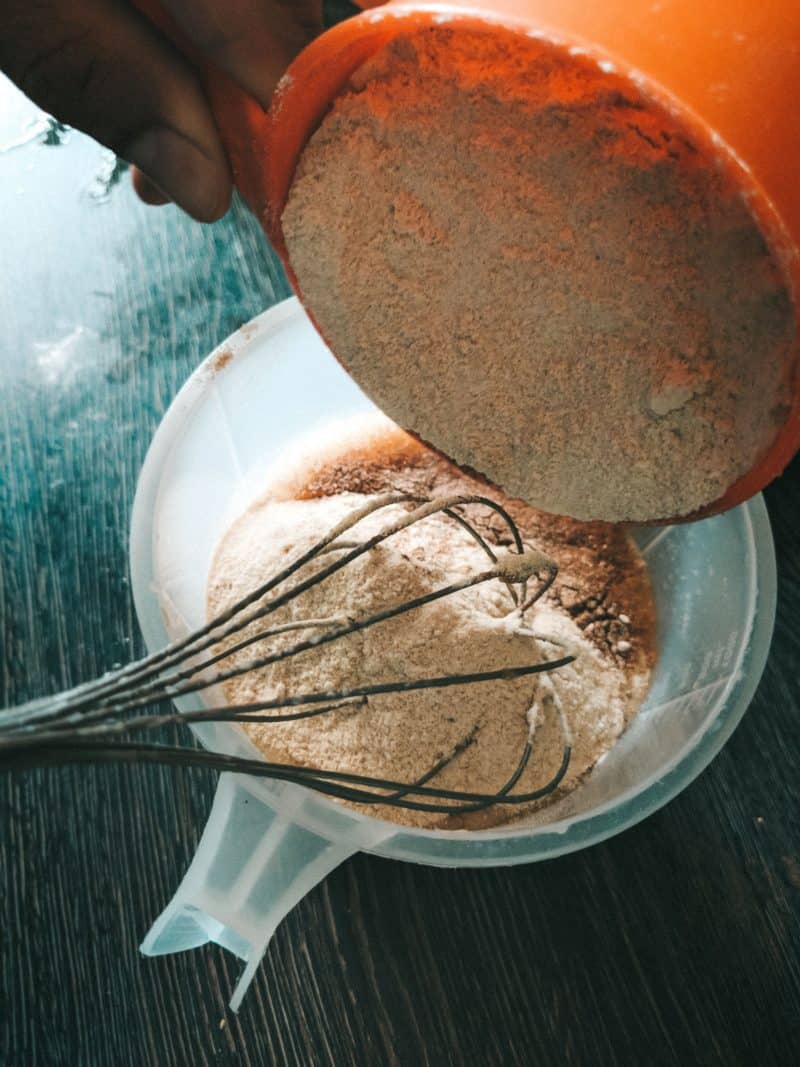 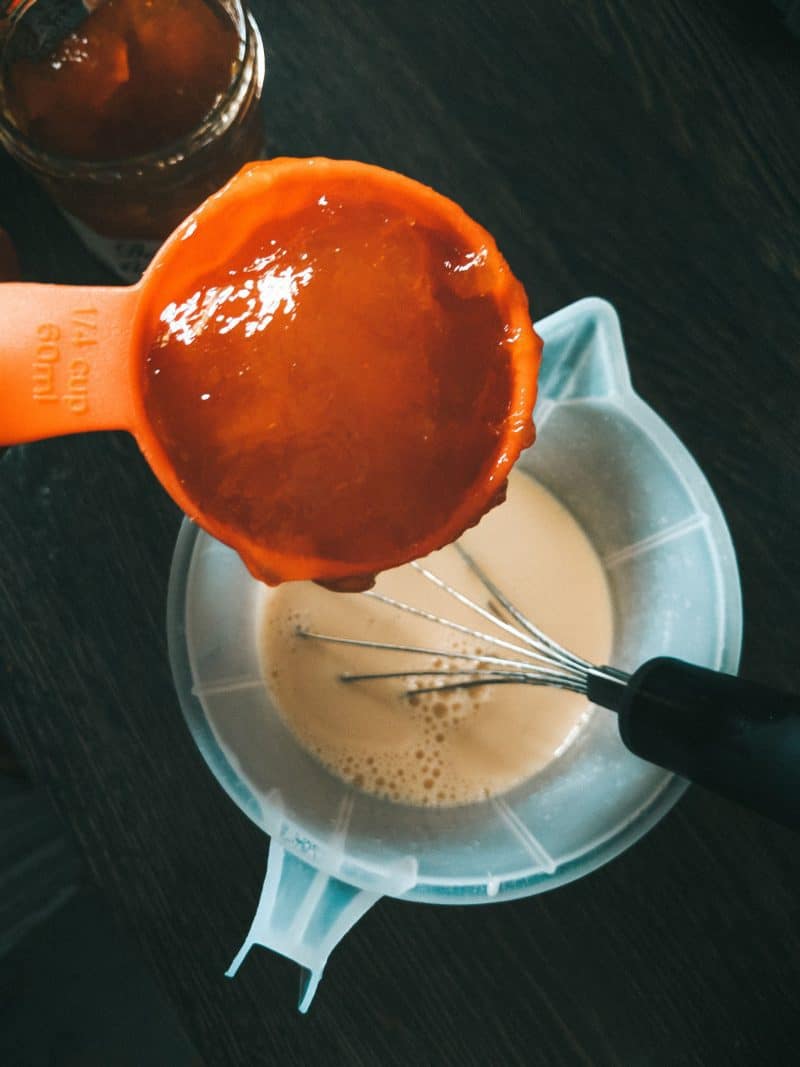 Method for the best waffles you’ll make this year!

Thoroughly combine the flour, cinnamon, baking powder and salt in a mixing bowl.

Gently heat the almond milk in a small saucepan until warm. Remove from the heat, add the egg and apricot preserve and whisk.

Add the dry ingredients to the saucepan and whisk until smooth, ensuring no lumps. Leave to rest for 5 minutes.

Preheat your waffle maker and pour over the batter – at this stage you can add some fresh blueberries before you close the lid.

Cook the batter according to the manufacturer’s instructions and until you’ve used it all up. You want them to be golden and cooked through for the best waffles.

Serve hot with some apricot syrup.

Add the apricot preserve and water to a small saucepan. Cook over a medium heat until the syrup gets to pouring consistency.

You can store this syrup in an airtight container in the fridge for up to a week. 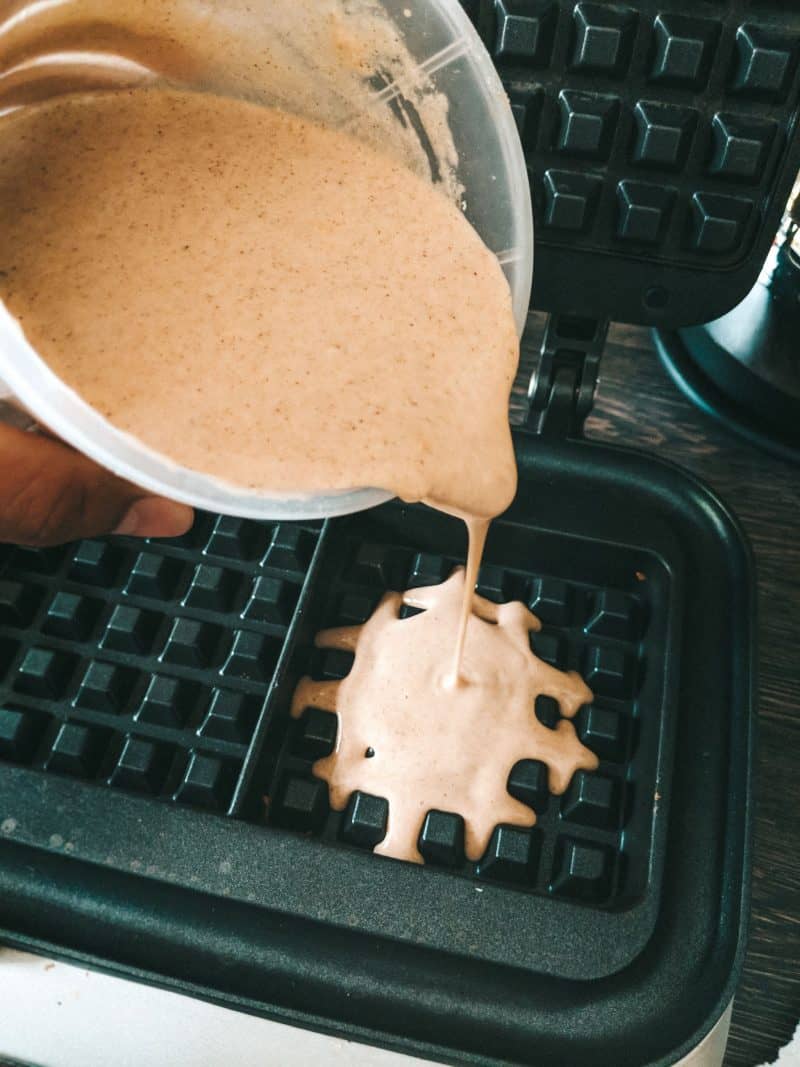 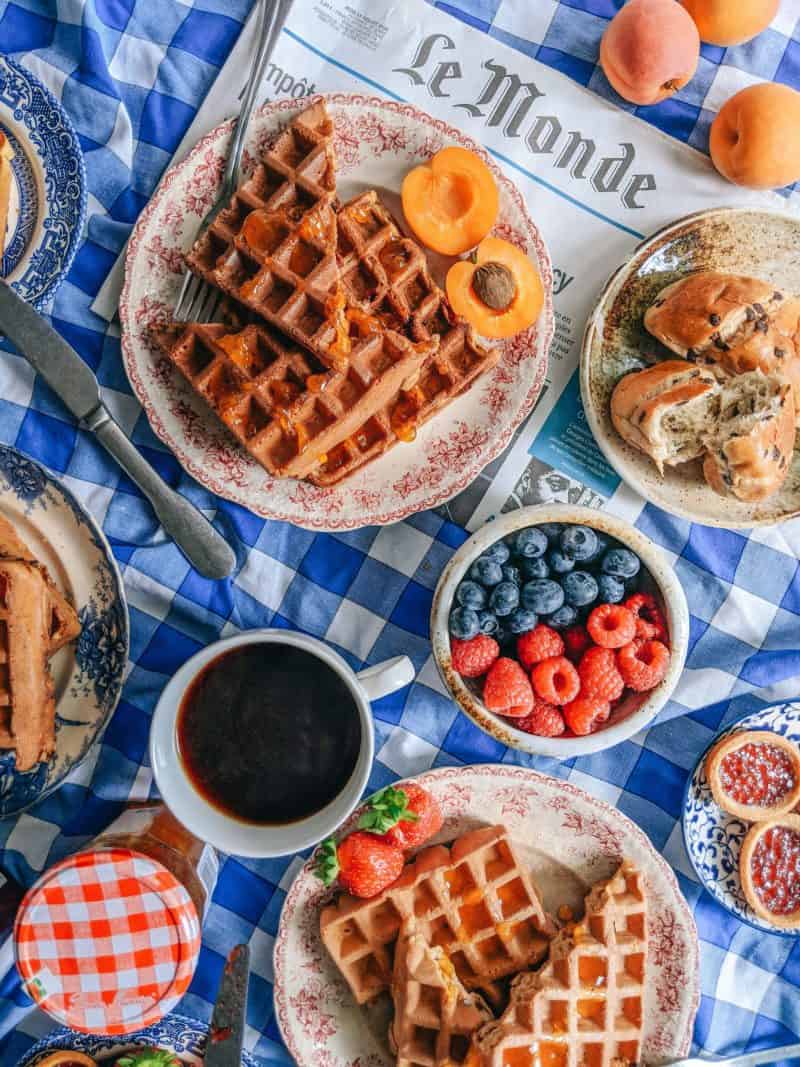 Do you enjoy a French breakfast? Do you have a favourite waffles recipe? Do you make waffles much? What are the best waffles you’ve ever tried? What do you like to have with your breakfast waffles? Let me know in the comments below!